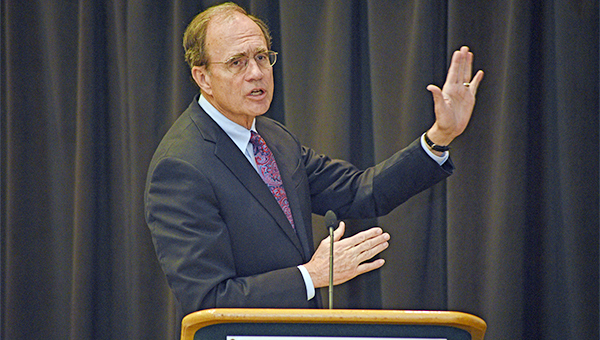 Hosemann, after three terms as secretary of state, rode the self-deprecating campaign style he built there to the powerful office that oversees the state Senate.

He beat Hughes, an Oxford businessman who ran a campaign centered on support for public schools and teachers. Hosemann sounded some similar themes as Hughes, pledging a teacher pay raise every year, increased state funding for special education and full build-out of Mississippi’s state-paid preschool program for 4-year-olds.

Hosemann supports much of a proposal by Mississippi’s hospitals to expand coverage to poor adults under the Medicaid program, with hospitals and insured people paying the state’s contribution. Hosemann also wants to let counties raise fuel taxes to repair local roads and bridges.