Report: More than 100,000 Mississippians may have cars with dangerous airbags 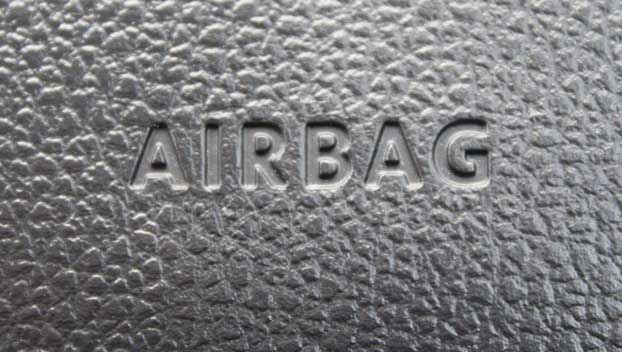 More than 100,000 Mississippi residents are driving recalled vehicles with dangerously defective airbags that could blast sharp metal fragments at drivers and passengers upon deployment, resulting in serious injury or death, even in a minor crash.

According to the U.S. Department of Transportation National Highway Traffic Safety Administration (NHTSA), the ongoing, urgent Takata airbag recall – the largest and most complex safety recall in U.S. history – affects tens of millions of vehicles from 19 vehicle manufacturers and more than 200 models and model years. At least 16 Americans have been killed, and more than 300 individuals have suffered serious injuries allegedly caused by these defective airbags.

As of October 2019, of the approximately 400,000 airbags on the road in Mississippi that were initially identified as containing these dangerously defective airbags, more than 100,000 – or about 43 percent— remain unrepaired in around 100,000 vehicles, even after dozens of outreach attempts by vehicle manufacturers.

Mississippi residents can find out whether their vehicle has a recalled airbag at AirbagRecall.com. If they do, they should contact any of their vehicle manufacturer’s nearby dealerships to schedule a free recall repair.

This safety recall is particularly urgent for drivers of older affected vehicles in Mississippi because prolonged exposure to high heat and humidity over time makes the defect even worse, increasing the potential for serious injury or death.

While the recall affects vehicles made by 19 different vehicle manufacturers, certain 2001-2003 Hondas and Acuras as well as certain 2006 Ford Ranger trucks and Mazda B-Series trucks are considered higher risk. NHTSA urges consumers not to drive these vehicles unless they are going straight to a dealer to have them repaired immediately. In Mississippi, more than 350 unrepaired airbags fall into the higher risk, ‘Do Not Drive’ category. The specific ‘Do Not Drive’ models are listed below:

The airbag recall repair is absolutely free. Parts for higher risk vehicles are in good supply at area dealerships and many are offering free towing or loaner vehicles to accommodate affected vehicle owners.

Mississippi residents who may be waiting for replacement parts for their vehicle, or who are not affected by the current recall, are also encouraged to call their vehicle manufacturer and confirm that their contact information is up to date, so they receive recall-related updates going forward.

“These airbags are dangerous and potentially deadly,” NHTSA Acting Administrator James Owens said. “If your vehicle is under recall, you should contact your dealer for a free repair. It could save your life or the life of someone you love.”

Affected vehicle manufacturers are undertaking a variety of outreach efforts to help alert vehicle owners affected by the recall and schedule free, potentially life-saving repairs. Examples of these efforts include:

In Mississippi, Fiat Chrysler Automobiles (“FCA US”), vehicle manufacturer of Chrysler, Dodge, Jeep and RAM vehicles, is contacting owners of unrepaired vehicles to inform them that their vehicle has an open urgent airbag safety recall.

FCA US communicates the urgency of having the vehicle repaired as soon as possible, for FREE, at any authorized dealership through direct mailings, emails, phone calls and online/social media advertisements. Call your dealer today to schedule this urgent safety airbag recall repair; ask for FREE alternative transportation if needed. Visit checktoprotect.org to learn more.