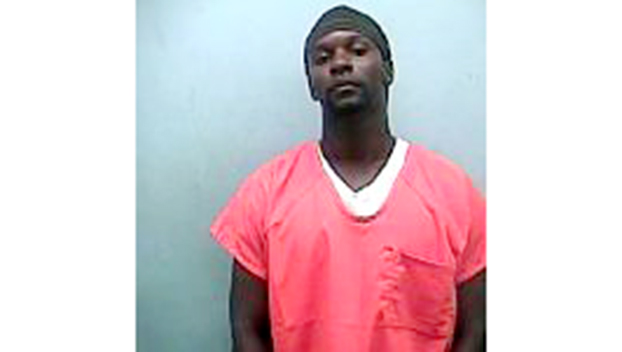 After the verdict was reached, District 6-2 Circuit Court Judge Debra Blackwell sentenced Tommie Queen to nine years in prison, the maximum penalty of three-years per charge.

Queen was charged with the nine felony dogfighting counts after Adams County Sheriff’s deputies discovered dogfighting-training grounds on his property two years ago.

On Nov. 6, 2017, Adams County Sheriff’s Office deputies responded to call about a dogfighting farm on Queen’s property at 29 and 1/2 Miracle Road in the Cranfield community.

More than 50 injured and starving dogs and the bones of dozens of deceased animals were found, officials said.

Natchez veterinarian Robert Savant said in Circuit Court on Thursday that he examined nine of the animals and determined each of them had to be humanely euthanized due to the extent of their injuries — including multiple old and fresh lacerations on the dogs’ faces, chests and front legs that appeared to be dog bites.

While examining photographs kept as evidence, Savant said all of the dogs resembled pit bulls. On the stand Savant listed each of the injuries on each dog.

One had an infection in its eye, another had a fractured jaw that emitted a putrid smell and a third dog had a swollen gash in its front leg, Savant said.

ASPCA investigator Kyle Held said the animals’ injuries were consistent with those found after dogfights and were mostly located on the front part of their bodies.

Held also said he observed the dogs tethered on heavy chains that weighed between 35 and 40 pounds inside of dirt circles in the grass — which indicated the dogs were positioned just far enough apart that they could face each other but not touch.

Held also identified bags of evidence retrieved from the property that contained testosterone and unmarked pills, weight gain and muscle powders, dog supplements, an IV bag, wormer, medicated spray and a set of what he believed to be “break sticks” that are used to separate animals once they’ve engaged one another in a fight.

In response to the publicity of the Queen’s case, Sen. Bob Dearing, D-Natchez, filed a bill advocating harsher punishment for dogfights in Mississippi, which passed in June 2018 and went into effect July 1, 2018.

The new law states that people who promote, stage or bet on dogfights, own a dog with intent to enter it into a fight or own dogfighting paraphernalia may face between one and five years in jail, and repeat offenders are punishable by fines of $5,000 to $10,000 or prison sentences of three to 10 years.

Because Queen’s case fell under previous laws, he could only be penalized using the older penalty.

Defense attorney Damon Stevenson said no evidence that indicated Queen had organized or planned to conduct a dogfight.

“It is extremely important that none of these witnesses have ever witnessed a dogfight,” Stevenson said.

“It’s not just about dogfighting,” Harper said. “It’s anyone who owns a dog with the intent to enter it or to participate in a fight, or anyone who trains a dog for the purpose of participating in a fight.”

The jury left the courtroom to decide on a verdict just before 4 p.m. Thursday afternoon after the two-day trial and sent out a letter with the bailiff nearly two hours later when they still hadn’t come to a decision.

However, Blackwell insisted that the jury set aside any difference in opinion they may have that didn’t pertain to the evidence presented to reach a verdict.

The jury later found Queen guilty of three of the nine counts and Blackwell asked for a roll call vote to ensure that the decision was unanimous.

“We’ve spent two days hearing this case and after four hours of deliberation you’ve been found guilty of three counts of dogfighting by a jury of your peers,” Blackwell said, addressing Queen for his sentence. “Therefore, this court sentences you to three years for each count of which you have been found guilty, which is the maximum penalty.”

Mississippi men get 15 years each for robbing postal…