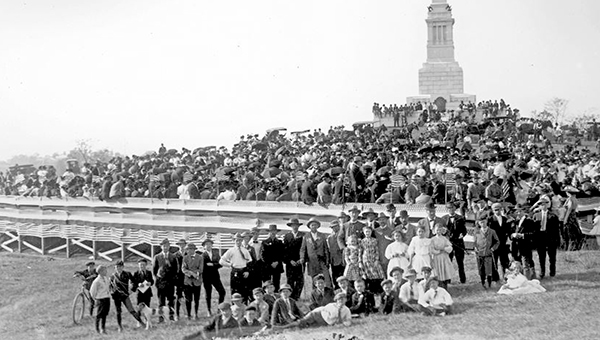 The event is free to the public and will feature ceremonial firings of a Civil War-era 12lb Napoleon cannon. Those attending should budget 15 minutes to drive from the park visitor center to the monument, located along Confederate Avenue within the military park

The Mississippi State Monument was dedicated on Nov. 12, 1909, and honors the sacrifice of Mississippi’s 32 infantry units, 17 artillery units, and 37 cavalry units which served in the Confederate Armies during the 1863 Vicksburg Campaign of the Civil War. The monument was designed by R.H. Hunt of Chattanooga, Tenn. and constructed at a cost of $32,000.