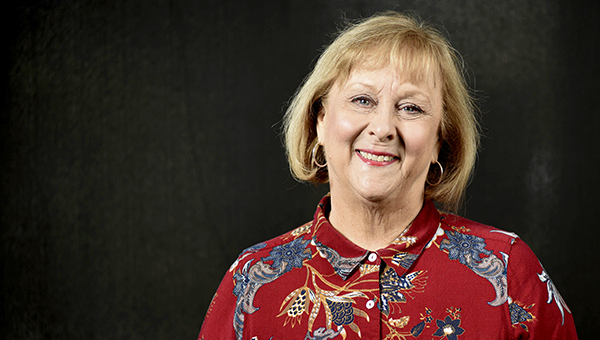 Vicksburg's Mary Hallberg is among 100 volunteers who have been selected to help decorate the White House for Christmas later this month. (Courtland Wells/The Vicksburg Post)

Mary Hallberg has signed on for a big job. The Vicksburg, Mississippi, woman has been invited to Washington D.C. to help decorate the White House for Christmas.

Hallberg was notified on Nov. 4 that she had been selected, and from Nov. 25 through 27 she will be one of the more than 100 volunteers assisting in adorning the “People’s House” for the holidays.

“I was so excited and shocked,” Hallberg said, after finding out she was selected.

Hallberg had known about the White House Christmas decorating program for years, she said, and had even watched an HGTV special on it, but had just never taken the time to submit an application.

But this summer, she decided to follow through by submitting a request and filling out a questionnaire that was available online.

Hallberg, who is not a professional decorator or floral designer, which is not required for the program, she said, is just very patriotic.

“My dad is a veteran, my two brothers are veterans, I have one nephew who is in Afghanistan now and have another who served in Afghanistan last year, so this is a really big deal for me personally,” she said.

While it is an honor to be chosen, Hallberg said, volunteers are responsible for their own expenses.

However, breakfasts and lunches are provided for the volunteers during the 3-day stint as well as some transportation. Hallberg said her husband, Walter, will be traveling with her.

The Vicksburg resident is not sure exactly what room or area of the White House she will be asked to help with.

“We won’t get assignments until we get there, but I did learn by watching last year’s HGTV special they put you in groups named by reindeer. At least that’s what they did last year,” Hallberg said.

In addition to serving as a volunteer decorator, Hallberg said, she was looking forward to being in the White House.

“I have been there before, but it’s been a long time,” she said. “This will be a very big privilege for me to be there and it is an honor that I was selected to do this. I’m appreciative for the opportunity.”

Over the top milkshakes in Mississippi bring “Shark Tank”…