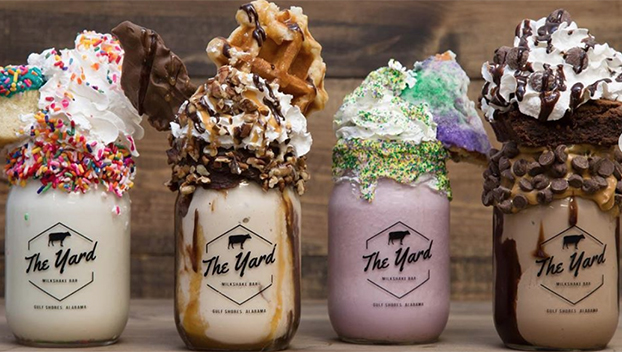 One Gulf Coast milkshake shop got more than just a nibble from one of the sharks on the hit television show “Shark Tank.”

In Sunday night’s episode of the ABC show, husband-and-wife team Logan and Chelsea Green asked the “sharks” to invest in The Yard Milkshake Bar, a milkshake shop known for its over-the-top desserts.

The couple asked for an investment of $400,000 into the business, which currently has four locations, including one in D’Iberville. They also own stores in Alabama, Florida and Texas. A new franchise opened in Hattiesburg just one day after the “Shark Tank” broadcast on Monday.

Mark Cuban was the only shark who said he was okay with the couple keeping their four existing locations.

After a bit of haggling, Cuban and the couple agreed to a $400,000 deal with a 22 percent stake in the new businesses only.