Better eat your … Twinkies? Would you eat the new Twinkies cereal? 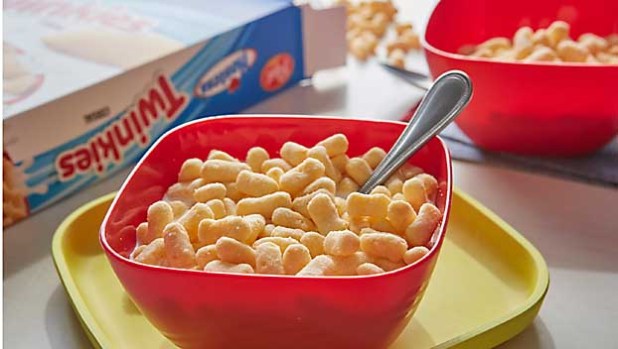 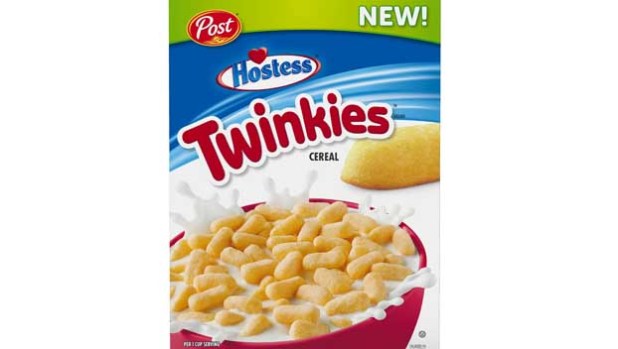 Just when you thought it was safe to navigate your grocery cart down the cereal aisle without being tempted by one of the myriad of colorful, dessert-derived options, another danger will soon lurk — Twinkies Cereal.

No, don’t check your calendar to see if today is April 1, this is serious business.

The Post cereal folks are teaming up with the Hostess snack posse to launch the new Post Hostess Twinkies Cereal. These are also the people whose collaborative efforts have spawned the Honey Bunn and Donettes cereals offspring.

The company says the Twinkies cereal — which features tiny miniature Twinkies – “replicates the distinctive taste and familiar oblong shape of the golden-colored snack cake, delivering delightful sweetness in every bite.”

They will begin appearing on store shelves in late December, the company reported.

“In developing a cereal version of the iconic Twinkies, our top priority was focused on delivering the great Twinkies flavor in each bite,” said Josh Jans, Brand Manager of Cereal Partnerships at Post Consumer Brands. “Knowing that taste remains the No. 1 purchase driver of cereal, we conducted multiple consumer tests, and the new Twinkies Cereal delivered. We think fans will find that it not only tastes great with milk but also outside the bowl.”

The iconic Twinkies snack cake, which has been around for nearly 90 years, has made its mark on pop culture through major milestones in American history.

From its birth during the Great Depression to being included as a great American keepsake in the 1999 National Millennium Time Capsule, the Twinkies snack cake is an irresistible icon.