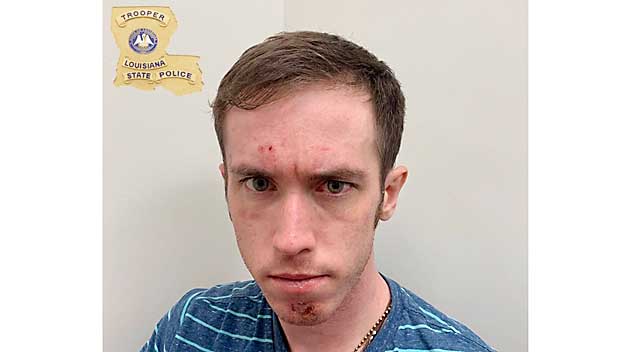 A 29-year-old New Orleans man was arrested Wednesday after police say he posed as a person with disabilities to have caregivers change his adult diaper to obtain sexual gratification.

The arrest came after Louisiana State Police received a complaint of online fraud and sexual battery.

After uncovering more details of what was going on, investigators arrested Rutledge “Rory” Deas.

Deas was booked into the Orleans Parish Jail on 10 counts each of sexual battery and human trafficking (labor) and 1 count of possession of a schedule II controlled dangerous substance.

Upon arranging for a home health care provider, Deas would then pose as “Cory” while allowing the care provider to change his adult diaper and obtain sexual arousal under the false pretenses of being handicapped.

LSP Investigators obtained an arrest warrant for Deas and placed him into custody at his New Orleans residence without incident.

The investigation remains ongoing with additional victims anticipated. Anyone suspected of being a victim of Deas is urged to contact LSP Detectives at 504-310-7000.