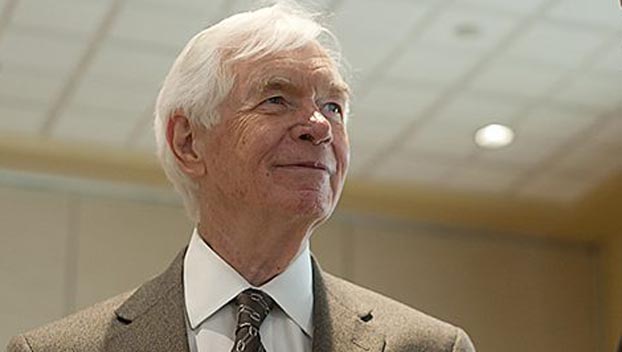 The Navy will name a ship after the late Republican U.S. Sen. Thad Cochran of Mississippi, who was a Navy veteran.

Spencer said in a statement that Cochran was a strong advocate for national defense and “a courtly voice for cooperation and civility in American politics.”

Cochran served six years in the House before winning a Senate seat in 1978. As longtime chairman of the Senate Appropriations Committee, he oversaw federal spending.

Cochran was the 10th longest-serving senator in history when he resigned amid health concerns in April 2018. He was 81 when he died in May of this year.

Arleigh Burke-class destroyers can fight air, surface and subsurface battles at the same time. They are currently built at shipyards in Pascagoula, Mississippi, and Bath, Maine, although it is not yet clear where the USS Thad Cochran will be built.

Hyde-Smith said in September that the Senate Appropriations Committee approved a defense spending bill that recommends a $390 million increase for materials for three destroyers.

“Thad Cochran was a statesman who dedicated his life to serving his nation and his state,” Hyde-Smith said. “A future USS Thad Cochran destroyer is a fitting tribute to a leader whose service in the Navy was a touchstone for how he conducted himself as a public servant.”