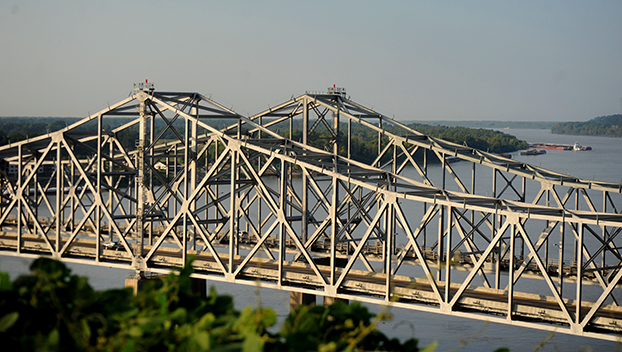 A Natchez man jumped off one of the Mississippi River bridges between Natchez and Vidalia, Louisiana, Monday morning and was rescued within an hour, law officials said.

Vidalia police officer Craig Godbold said he responded to a call about a man — whose name has not been released — jumping from the bridge at approximately 7 a.m. Monday and found a car parked on the bridge.

Godbold said officers were able to see the man swimming in the river from the bridge and contacted the Department of Wildlife and Fisheries, the Concordia Parish Sheriff’s Office, the United States Coast Guard and Two J Ranch in Vidalia that owned a tugboat close by on the river.

“The tugboat operators were able to contact another boat that was on a collision course with the man in the water, and they were able to launch a rescue boat and pull the man to safety,” Godbold said.

Godbold said the man was in the water approximately 30 minutes from the time officers arrived until he was rescued.

The man was treated at Riverland Medical Center in Ferriday and transferred to another medical facility for a mental evaluation, officials said.

“We’d like to thank everyone involved with this rescue,” Vidalia Police Chief Joey Merrill said. “Continue to keep this man and his family in your prayers.”