Natchez Trace deaths from driving off side of road doubles national average; Park service proposes to change that 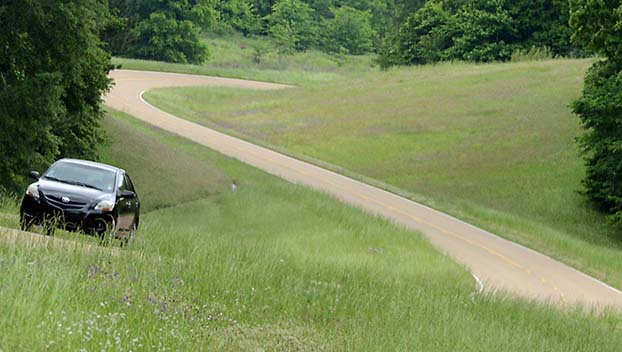 The Natchez Trace Parkway is considering the addition of rumble strips to sections of the Trace in Mississippi and Tennessee as a way to reduce fatal accidents on the parkway.

The fatality rate from lane departure crashes along the Parkway almost doubles the national average of 52%.

The Federal Highway Administration and Parkway staff are considering the installation of raised pavement markers or rumble strips along the centerline and both edges of the Parkway.

From 2014 to 2018, lane departures account for 91% of motor vehicle fatalities along the Parkway, according to a National Park Service news release. Over that 4-year period, 39 crashes resulted in 46 deaths.

Although the public has suggested constructing a road shoulder or bike lane to improve safety, it is not a feasible alternative for the Parkway due to significant environmental impacts to natural resources, prohibitive costs, and adverse impacts to the protected design intent of the cultural landscape.

“Engineering controls, such as the proposed rumble strips, will help avert drivers when they veer toward the edge or centerline. Research suggests these markings will reduce the number of serious crashes along the Parkway,” Hearne said.