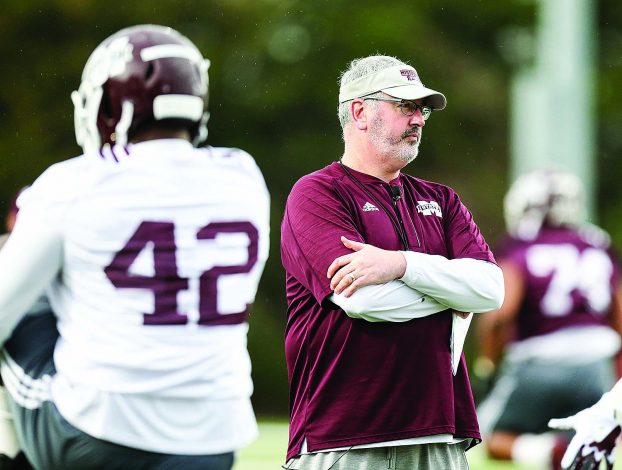 Steve Robertson tweeted Moorhead would stay with the Bulldogs first on Sunday.

Sports Illustrated’s Ross Dellenger reports Moorhead met with Mississippi State athletic director John Cohen for four hours on Saturday to discuss the program’s future. The coach is expected to have his contract extended to a fourth year.

So far in his Mississippi State career, Moorhead has compiled a 14-11 overall record on the field and reached bowl eligibility in back-to-back seasons. He also holds a 2-0 record against instate rival Ole Miss.

Moorhead has developed critics in his two years in Starkville however. He has a losing record in conference games (7-9), has suffered multiple lopsided losses to some of the Southeastern Conference’s powerhouse teams.
Despite his reputation as an offensive coach, Mississippi State teams under Moorhead’s helm have shown little production on offense.

LSU tells fans to grab grassy gifts ahead of…