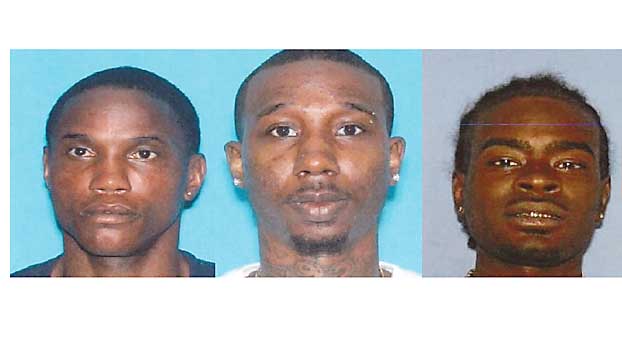 (L to R) Sakool Wilson, 27, Antonio Jones, 27, and Billy Ray Walker, 37, will spend time in prison for burglarizing a Greenville home in 2017 and stealing gifts from under a man’s Christmas tree.

Three Mississippi men will spend time in prison for burglarizing a Greenville home in 2017 and stealing gifts from under a man’s Christmas tree, Attorney General Jim Hood announced.

“Burglars are greedy criminals, but stealing from an innocent person during the holidays is even worse,” Hood said. “Thanks to Judge Hines for the strong sentencings. I hope that closing this case brings the victim holiday cheer that was previously stolen from him and his family.”

This case was prosecuted by Assistant Attorney General Stan Alexander. The investigation was conducted by the Greenville Police Department with assistance from AG investigator Perry Tate. The AG’s office received this case because of a conflict of interest with the Washington County District Attorney’s office.

Three people are confirmed dead and many others have been injured as powerful storms smashed into buildings, downed trees and... read more