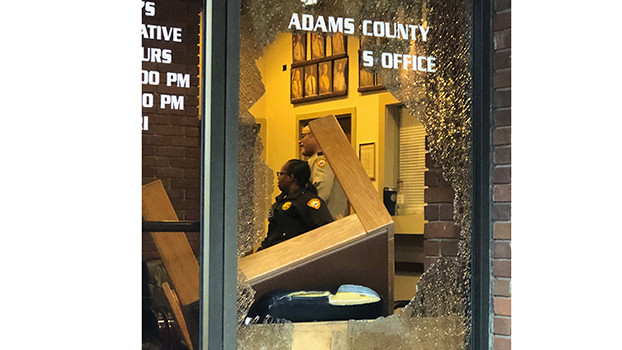 A man suspected to be homeless intentionally broke windows at local government buildings in Mississippi so he could spend the night in jail to shelter from the cold, a county sheriff said.

The man smashed glass at the Adams County Courthouse and Adams County Sheriff’s Office in Natchez early Thursday morning, Sheriff Travis Patten said. Patten didn’t publicly identify the suspect, but said he walked into the office and asked if he could sleep in the jail due to the weather conditions. Deputies told the man that wasn’t allowed for liability reasons, to which Patten says the man replied: “I will make you lock me up then.”

He then crossed the street and busted out the windows on the first floor of the courthouse with his elbow before returning to the sheriff’s office and using a table to do the same, Patten told the Natchez Democrat. The man was arrested and taken into custody.

Patten said the incident highlights the need for greater resources to aid the area’s homeless population.

Dreaming of a white Christmas in Mississippi? Don’t get…