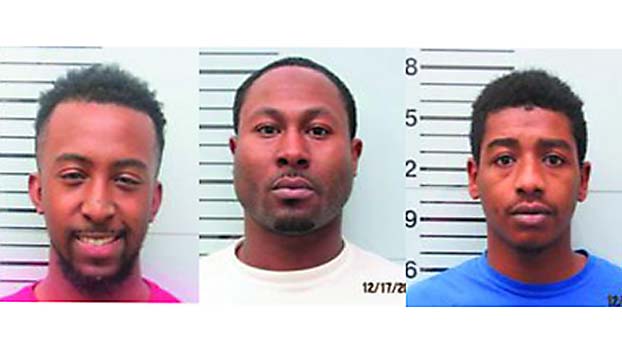 Three Mississippi workers were charged with armed robbery earlier this month after police say they held their employer at gunpoint in October and demanded a pay raise.

The investigation began after a small business owner filed a police report on Oct. 26.

According to the Oxford Police Department, the business owner stated that during the evening of Oct. 25, four of his employees demanded more money from him than he wanted to pay for their work.

The victim identified his attackers as Laterrion Burdette, 21 of Batesville, Justin Newson, 32 of Horn Lake, and Tony Cooper, 22 of Horn Lake. Arrest warrants for armed robbery were issued at that time.

All three suspects were arrested between Dec. 13 and 16, with the help of the DeSoto County Sheriff’s Department.

They were transported back to the Lafayette County Detention Center and given a bond of $25,000. This case is ongoing and another arrest is expected.