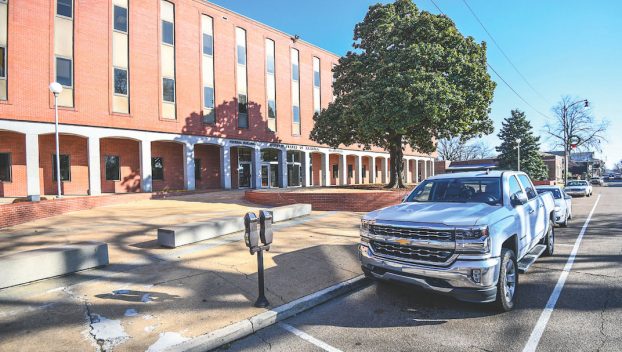 Federal officials say parking spaces in front of a north Mississippi federal courthouse should be set aside for law enforcement to protect the building from possible bombing attacks.

But Oxford city officials say they’re going to wait before deciding, because they just made a number of changes to downtown parking rules.

The Oxford Eagle reports aldermen decided last week to put the issue on hold until spring.

Danny McKittrick, the U.S. Marshal for the northern district of Mississippi, made the request, accompanied by U.S. District Judge Sharion Aycock and Clerk of Court David Crews.

“The reason we’re making the request is for an additional blast protection from the street,” McKittrick said. “We’re not near in compliance with the setback.”

Now, anyone can park in the spaces and pay at a parking meter. The marshals want to reserve the spaces for law enforcement vehicles from 7 a.m. to 6 p.m on weekdays.

Oxford Mayor Robyn Tannehill said she has some reservations about giving away eight spaces which now bring in $43,000 annually for the city. She noted that the city’s paid parking isn’t currently bringing in enough revenue to cover debt payments on the city’s new parking garage, which is mostly free.

A church and businesses on the street have also voiced concerns about losing parking spots.

“My question would be, why now?” asked Alderman John Morgan. “Why is the safety now (a concern), after we finally started trying to build a parking garage and trying to pay for the parking garage?”

McKittrick and Aycock said their request was only about the safety of the federal building and not an attempt to grab free parking spaces.

“We are only concerned about the safety of the people in that courthouse,” Aycock said. “If they blow it up at midnight, no one’s in there, but if they see eight marked cars out there, it could be a real deterrent. …We’ll all remember this evening if something happens.”

City officials asked whether the federal government could pay the city for lost revenue. Crews and McKittrick said they could explore that idea, but made no promises.

The number of chickens raised in Mississippi may surprise…