The number of chickens raised in Mississippi may surprise you; poultry, timber still Mississippi’s top crops 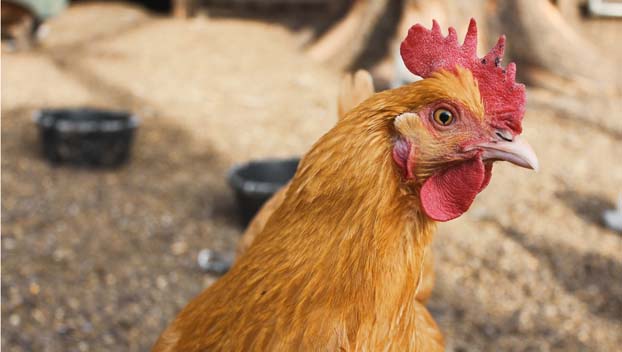 Broilers, eggs and chickens brought nearly $2.8 billion to the state’s economy while timber brought in about $1.5 billion, according to Mississippi State University.

Severance taxes collected from timber sales are expected to be up from both 2018 and 2019, though final figures won’t be in until February.

Poultry was down 3% from a record high in 2018. The big challenges were lower egg prices and a growing industry shift to poultry raised without using any antibiotics, MSU Extension Service poultry specialist Tom Tabler said in a news release.

Using antibiotics at the hatchery and in chicken feed can help prevent illnesses or cure them quickly.

However, public health officials have said that it can lead to germs becoming resistant to drugs, canceling or reducing their effectiveness in human illnesses.

Tabler said raising “no antibiotic ever” chickens requires waiting longer between flocks and raising fewer birds per chicken house. Both of those mean less income for farmers.

“Reducing the density reduces the number of pounds they will sell,” he said. “In addition, increasing the downtime between flocks may mean they will have fewer flocks per year.”

Despite requiring cleaner surroundings, antibiotic-free chickens are more likely to die, Tabler said.
That means more must be hatched to keep production even.

“An estimated 804 million broiler chicks were hatched in Mississippi in 2019 compared to 800 million in 2018,” agricultural economist Josh Maples said.

Raising antibiotic-free birds “forces us to go back to the basics and get things right from the start to the finish, from pullet flocks to broilers,” and that almost requires relearning chicken husbandry, Tabler said.

“Larger broiler supplies are one of the reasons for weaker prices,” Maples said.

Timber production estimates are based on severance taxes, and those collected through October were higher than in either of the two previous years, said John Auel, an assistant extension professor of forestry.

“We have been in a downward trend since 2015 and hopefully, 2018 was the low point. We should see the value remain steady or slightly increase with 2019 numbers,” he said.

Timber prices have generally remained steady since 2018, though pine sawtimber is slightly down, he said.

“If the volumes severed for November and December are the same as last year, the overall value should be slightly higher than in 2018,” he said.

About 63% of Mississippi’s land is forested, and more than three-quarters of that timber is owned by private, nonindustrial landowners. They have faced limited markets since the downturn in the economy 10 years ago, and some may not have options to thin tree stands or harvest larger trees.

“That mill was a monster,” said Shaun Tanger, a forestry specialist. “It took in wood from as far north as Alexandria, Louisiana,” and handled so much that it affects south Mississippi’s hardwood.

The company is building a new pellet plant in Lucedale, which should provide a good outlet for pine pulpwood, he said.

Family asks for prayers after Mississippi alderman falls into…