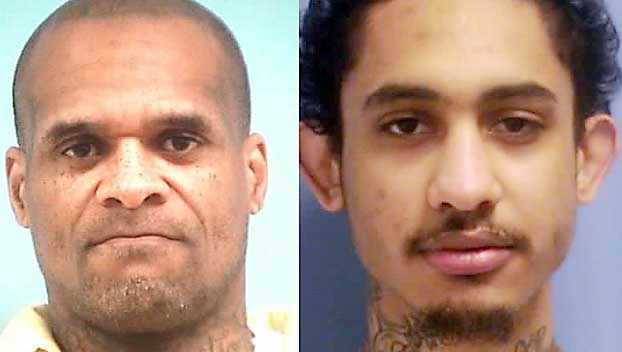 David May, 42, left, and Dillion Williams, 27, were discovered missing during an emergency count about 1:45 a.m. today.

The Mississippi Department of Corrections announced on Twitter that Dillion Williams, 27, was back in custody, after he and another inmate were discovered missing early Saturday.

MDOC did not release detailed of where Williams was captured.

State inmate David May, 42, who was reported Missing Saturday along with Williams was capture early Sunday.

Five inmates have died in prison violence since Dec. 29; three of those deaths have occurred at Parchman.