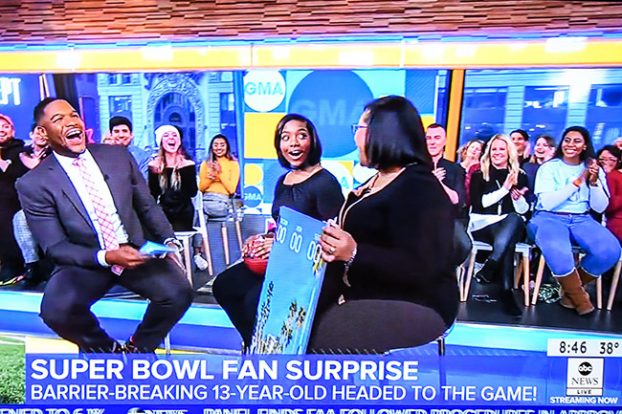 Aniah Echols is taking her talents to South Beach.

The Oxford student, who is the first female player on the middle school football team, appeared on Good Morning America on Friday morning.

During her interview with Michael Strahan, Echols was presented with tickets to Super Bowl 54 in Miami. Echols, 13, was featured on the daily ABC news program due to breaking barriers in sports.

“I could cry right now, but I won’t,” Echols said after she was presented with the tickets.

Watch the entire segment below: