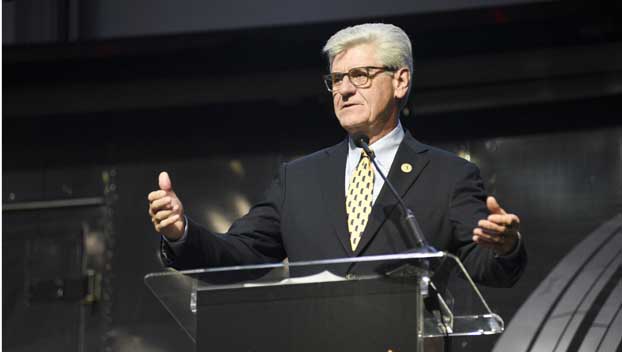 Former Mississippi Gov. Phil Bryant is joining a consulting firm founded by an attorney who had been his chief of staff.

The firm was founded in 2019 by Joey Songy. A news release Wednesday said it is now called Bryant Songy Snell.

The third partner in the business is Bryant’s daughter, Katie Snell. She is an attorney.

Bryant is a Republican who ended his eight years as governor on Jan. 14. He previously served four years as lieutenant governor and 11 years as state auditor.

The news release said the firm will focus on economic and business development, public relations, strategic planning and government affairs.

Bryant will focus on economic development in the Southeastern U.S. and on international trade. He said before leaving office that he will be one of the Mississippi leaders for President Donald Trump’s reelection campaign.