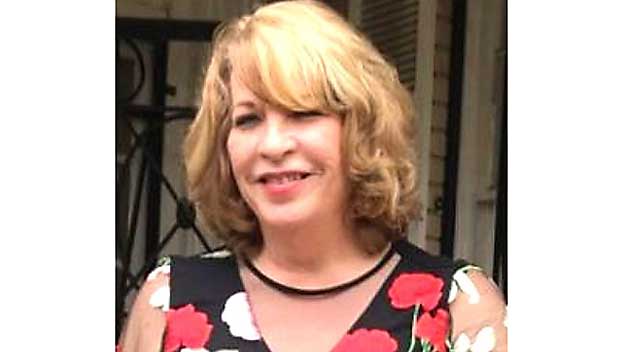 Freshman state Rep. Ramona Blackledge, R-Laurel, who announced she was stepping down from her House District 88 seat effective Friday, said House Speaker Philip Gunn, R-Clinton, left her no choice other than to resign her recently won post.

Blackledge is one of four public retirees elected to the House in November after the Public Employees Retirement System Board announced it plans to change the rules to allow public retirees to serve in the Legislature and draw their pension.

Gunn has rejected the PERS Board change, saying it conflicts with current state law and it allows the retirees “to double dip,” or draw both a legislative salary and a pension.

But because the House leadership is refusing to change its own regulations so the retirees will receive only a portion of their legislative salary, they cannot serve in the Legislature without losing their pension.

In a resignation letter, Blackledge wrote, referring to the election of four public employee retirees, “Our voters advocated a change to the landscape of Mississippi politics. But Speaker Philip Gunn has effectively silenced those voices. The man who should be our champion has chosen to be our adversary. He hammered this home in his private chamber on Friday, Jan. 10th, after we were sworn in on Jan. 6th. The landscape shall not be changed. Thus, he has successfully blocked our right to receive our retirement and serve and has prevented future retired state and county educators and leaders from seeking office.”

She further wrote, “Suspending my PERS income is unacceptable. I am a single woman. I worked for over 40 years in county government and earned my retirement. Now I am being forced to either relinquish my right to my retirement income or give up my right to continue legislative service because one man has the power and influence to prevent the will and vote of my district to prevail. “

Gunn said he is only following the law.

“Philip Gunn is not enforcing anything,” he said. “I am simply following the law. I did not force her to resign. She has a choice” to serve and not receive her retirement or to resign.

Blackledge is former Jones County tax assessor. The other three public employee retirees elected to the House said they understand Blackledge’s decision, but do not plan to resign at this point.

“I am staying right here, and I am going to finish this fight” said Rep. Dale Goodin, R-Richton, a retired educator.

Jerry Darnell, R-Hernado, a retired educator, said “I am going to continue to serve in the job the people of District 28 elected me to do….We are hoping this can be worked out.”

Goodin said the decision to prevent public retirees from serving in the Legislature and drawing their pension – as other people can do – is “excluding a class of people. We have earned that pension. We should not be forced to give that up.”

Billy Andrews, R-Purvis, a retired county and youth court judge, said he is not stepping aside now but conceded that he could not financially absorb giving up his pension for a long period of time.

There has been discussions of filing a lawsuit, but that process could take years. And if the retirees lose the court case, they could be forced to return pension funds they had received while the lawsuit progressed.

The other option would be to change the law, but they say that is unlikely since the speaker opposes them serving while drawing their pension.

The PERS Board made its change to the long-standing regulations after former Attorney General Jim Hood issued an official opinion in 2018 saying public retirees had the same right to serve in the Legislature and receive partial pay as a school teacher or state employee returning to work part time at another governmental job. Under existing law, public retirees can return to work in the public sector and receive 50 percent of the full-time salary or 25 percent of their pension. They should be able to do the same as a member of the Legislature, the AG’s opinion reasoned.

Rep. Randy Boyd, R-Mantachie, said he understands teachers being able to return to work part time because more teachers are needed. He said he does not believe it is right that public retirees can serve in the Legislature and draw their pension.

Rep. Chris Bell, D-Jackson, said retirees had experience and knowledge that could benefit the legislative process.

“I hate to see people forced out who worked so hard and rightfully won an election,” he said.

The PERS system has more than 336,000 members, who are current and former state employees, county employees and educators, including more than 110,000 retirees drawing pensions.