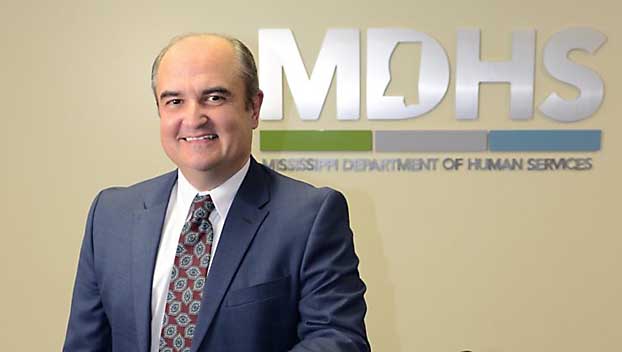 The former director of Mississippi’s welfare agency and four other people embezzled millions in federal money meant for the poor and instead channeled some of it to pay for a luxury drug rehabilitation program for a former pro wrestler, the state auditor said Wednesday.

White characterized it as the largest public corruption case in Mississippi for at least the past 20 years. He said the total of losses from federal Temporary Assistance for Needy Families money has not been determined. Spokesman Logan Reeves said the second largest case had involved embezzlement of $1.2 million

White said Wednesday that some of the money was used to fraudulently pay DiBiase to teach drug abuse classes in Mississippi even though DiBiase was in a luxury drug rehabilitation program in Malibu, California, at the time.

White said all six have been indicted on fraud and embezzlement charges by a grand jury in Hinds County, where the department’s main office is based.

Those indicted and arrested are Davis; DiBiase; former Department of Human Services employee Latimer Smith; Nancy New, who is owner and director of the Mississippi Community Education Center and New Learning, Inc.; her son Zach New, who is assistant executive director of the school; and Anne McGrew, an accountant for the school.

Hinds County sheriff’s spokesman Capt. Tyree Jones said all six were released without bail. It was not immediately clear whether they are represented by attorneys.

White says the News and their accountant at their private school which focuses on children with special education needs were the ones who received the contract from the federal Temporary Assistance for Needy Families money and improperly routed it to DiBiase.

Mississippi gets a block grant of the money, made up of funds that once was used to make welfare payments to low-income people, and is supposed to use it on activities that help poor people.

“I don’t care how politically connected a person may be. You do not have the right to treat taxpayer money as your own or to lie to the taxpayers about what you’re doing with that money,” White said in a news release. “Others doing this kind of thing are on notice: this will not be tolerated now.”

A statement from the Mississippi Department of Human Services on Wednesday said that the department “self-reported” information that led to the investigation. The statement said that happened in June, and information went to the office of then-Gov. Phil Bryant, a Republican who had chosen Davis as the department’s director.

Human Services spokesman Danny Blanton told The Associated Press that an internal auditor uncovered the fraud. He said the department’s current leaders have since strengthened measures to prevent fraud.

Davis worked for the Department of Human Services for 28 years, and Bryant chose him to lead the agency in 2016. He retired as director in July.