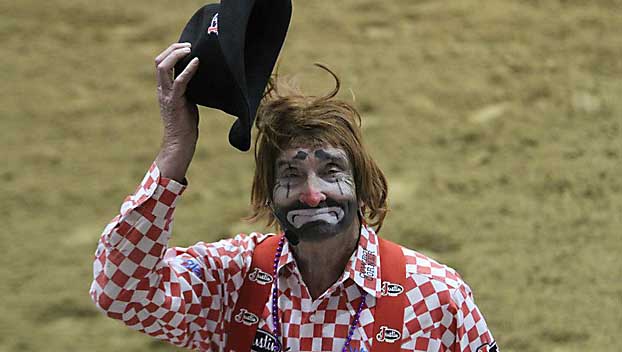 Rodeo Clown Lecile Harris died this week after his performance in the Dixie Nationals in Jackson.

A legendary rodeo clown who spent decades performing has died after the final performance of the 55th Annual Dixie National Rodeo and Livestock Show in Mississippi.

Lecile Harris, 83, died in his sleep after the show Wednesday night in Jackson, news outlets reported citing a release from the Mississippi Fair Commission.

Born in Lake Cormorant, Mississippi, Harris gained popularity after starring in the television show “Hee Haw” as well as roles in other TV shows and movies.

“All of us involved at the Dixie National are truly saddened,” Mississippi Fair Commission executive director Steve Hutton said in the news release. “We all send our love and wishes to Lecile’s family, friends, and adoring fans around the world.”

Harris started out as a bullrider but switched to comedy after being injured at age 52, WATN-TV reported. He was also a drummer in the Memphis area during the 1950s and 60s, and played football at the University of Tennessee-Martin.