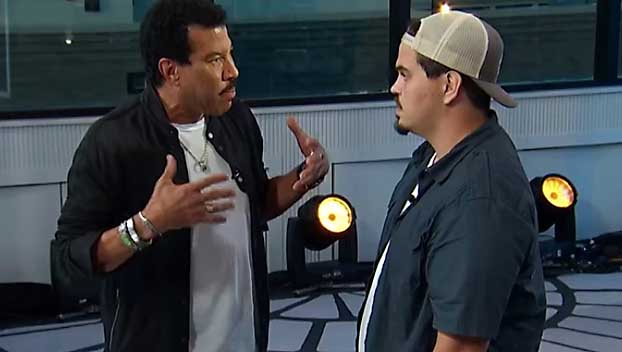 An Alabama garbage truck driver from the Mobile area captured the hearts of the three American Idol judges Sunday night on the season premier.

Doug Kiker, who says he had only previously sung on the back of a garbage truck as he worked, performed for judges Lionel Richie, Katy Perry and Luke Bryan.

Singer and songwriter Richie asked Kiker why he wanted to be on American Idol.

Kiker explained his mission was to teach his 2-year-old daughter a lesson.

“I’m trying to show here like if you put your mind to it, there’s nothing you can’t do.”

Richie asked him how much experience he had before his American Idol tryout.

“I don’t have any. I sing on the back of the garbage truck. That’s it,” Kiker said.

The Alabama garbage man performed a few lines of “Bless the Broken Road.”

“I want to hear a little bit more. Show us your range,” judge Katy Perry said.

Bryan got up and sat at a piano and led Kiker to mimic his lines to show his range.

“Do you understand what you just did?” Richie asked.

With tears in her eyes, Perry encouraged Kicker

As he left the stage, Perry called out to him.

“Hey Doug, that wasn’t garbage, it was greatness,” she said.