Have you seen this car? If you do, don’t approach it, police say killer may be driving 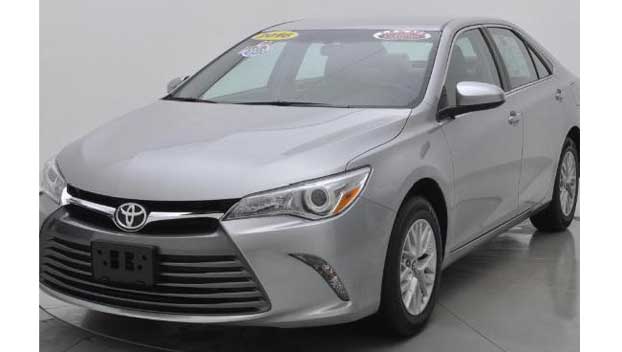 Jones County Sheriff's Office investigators are seeking the public's help to find a silver 2016 Toyota Camry similar to the one pictured. They believe the car was stolen from a woman who was murdered.

An elderly Mississippi woman was murdered in her home Monday afternoon and authorities are searching for her killer. They believe the murderer stole the victim’s car.

The Jones County Sheriff’s Department reported it is searching for a silver 2016 Toyota Camry with a Jones County license plate no. JND 6090.

The vehicle was taken from the Shady Lane residence of 81-year-old Betty Dickerson, whose body was found Monday afternoon. Local media reports she appeared to have some kind of knife wound to her neck.

Family members reportedly found her body at approximately 1 p.m. She lived just outside the Laurel city limits in the Shady Grove community.

“We will not rest until the person or persons responsible for Ms. Dickerson’s murder are apprehended,” Jones County Sheriff Joe Berlin wrote in a social media post. “Our thoughts and prayers go out to Ms. Dickerson’s family and we ask that our entire community join in praying for them as well.”

Anyone who sees the vehicle is warned not to approach it, but call 911 and report the car. Investigators ask that anyone with information about the murder or who may have seen anything suspicious in the area to contact the Jones County Sheriff’s Department at 601-425-3147.

Parents say child given black doll with noose of…