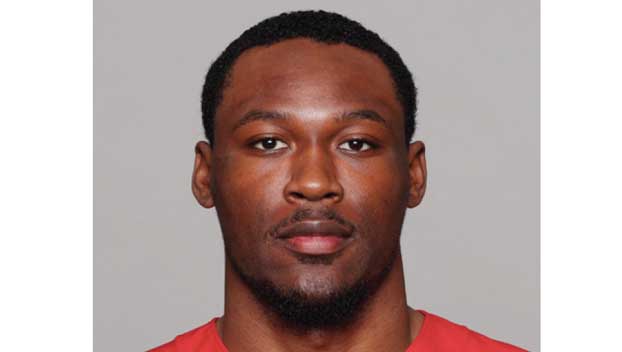 Petal High School defensive coordinator Steve Bynum has a photo hanging in his office of a football player he used to coach while at Quitman.

The photo generates a lot of questions from members of Bynum’s team, wondering who exactly the player is. Instead of replying simply by indicating that it’s Tarvarius Moore, Bynum answers with a little more flash.

Moore, a native of Quitman and a Panthers alumnus, is fresh off his second season as a defensive back in the NFL and just a few weeks removed from a trip to the Super Bowl with the 49ers, where he notably intercepted a pass from Patrick Mahomes in the fourth quarter.

From seeing Super Bowls on TV as a kid to getting to step onto the grass field at Hard Rock Stadium in Miami Gardens, Moore said the experience was incredible.

“It was a blessing. A dream come true,” Moore said. “Watching Super Bowls all my life, and then being able to play in one is still a surreal feeling. I’m just thankful.”

After a standout high school career, Moore spent two years at Pearl River Community College before transferring to Southern Miss. He made 87 total tackles his senior season along with three interceptions, 10 deflected passes and a forced fumble and was ultimately taken by San Francisco in the third round of the 2018 NFL Draft with the 95th pick.

He has played in every game since, having made five starts, earning 48 tackles and five deflected passes.

The 6-foot-2, 200-pound Moore was honored last week at Quitman High for his accomplishments in the NFL. He spoke to the crowd and said making it to the professional level was never a goal of his when he attended the school, but he worked hard and the cards fell in the right spots.

Despite the extraordinary privilege of playing on football’s biggest stage on a weekly basis, Moore said he constantly takes time to step back and realize the journey he’s taken, and more importantly, his roots.

“Before every game, I just always call my mom or some family member that always texts me,” he said. “It just puts it in perspective; coming from a small town in Mississippi, population isn’t that many, to make it to where I’m at now is a crazy thing to think when I was in high school, that it could be possible — but just with a lot of hard work, it paid off.”

Being on the receiving end of those pre-game phone calls, Latasha Moore said the last several years have generally been the same for her in watching her son’s rise through football. For her, he was just continuing down the path.
“He’s still my son. Nothing’s really changed,” she said. “From youth league to junior high to high school, it was just another level, so I’m just watching him do what he does.”

Latasha Moore attends around half of Tarvarius Moore’s games during the regular season, and she traveled to Miami Gardens earlier this month for the Super Bowl. She sat by the 49ers’ player entry tunnel and watched as her son hauled in the first interception of his NFL career.

“It’s nothing that I can explain. If you’ve never experienced it, it’s not something I can put into words,” she said of attending the Super Bowl.

“When he intercepted that ball, the only thing I could think of was I was just proud, and I’m always proud of him.”
Bynum, who watched from home, said his reaction was a little more raucous.

“I remember coming out of my recliner hooting and hollering and running around high-fiving,” he said. “It was kind of crazy at our house because my whole family watched him play out here, and we followed him all the way through PRCC and Southern Miss, and we follow him every Sunday now with the 49ers.”

The pick, a pass thrown behind intended receiver Tyreek Hill, who tipped the ball which Moore snagged, came with less than 12 minutes to play in the fourth quarter with San Francisco leading by 10. Moore said that while the play was a “right place at the right time type of thing,” it’s still something he’ll never forget, and getting to be the headliner of the team celebration was overdue.

“It was a long time coming,” he said. “A certain thing we do every time we get a turnover; everybody meets in the end zone, so it was finally my time, and I was just thankful and blessed to be able to make that play for my team.”

While he’s six years removed from his playing days at Quitman, the 23-year-old said he still takes a lot of lessons he learned back then into his days with San Francisco, primarily with how to play as a member of a whole team in trying to become a successful unit.

“Coming here, it was always about the team,” he said. “It was never about me, but I think what ultimately prepared me and my career was just being around a group of guys who all had the same goal; just trying to make each other better and be the best that we could for our community.”

Bynum also spoke at the event honoring Moore last week and emphasized how the whole city of Quitman and the people who’ve been associated with him feel like his accomplishments are theirs as well.

“It’s super exciting for us because we were able to be a part of his life and see him do such great things,” he said. “Any time you see a celebrity, it’s always exciting right?”