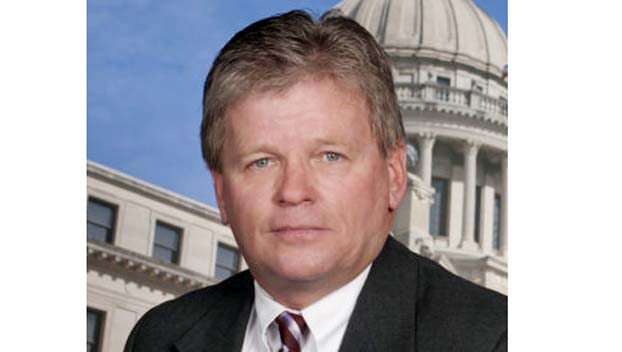 Mississippi House members don’t have the power to expel one of their colleagues who was found not guilty in a domestic abuse case last year, the Republican House speaker has told a newspaper.

Speaker Philip Gunn, who is an attorney, told the Sun Herald he has talked to a legal team about Republican Rep. Doug McLeod of Lucedale.

The House Ethics Committee can only recommend that the full House take action against a representative if that person has violated a House rule, the Mississippi Constitution or a state statute, he said.

“Well, he didn’t violate the House rules,” Gunn said of McLeod. “There is nothing in the constitution he violated, so that only leaves the third option which is a violation of a statute, which is what he was accused of.”

In August, a George County justice court judge found McLeod not guilty of a misdemeanor domestic violence charge after McLeod’s wife testified on his behalf.

McLeod was accused of punching his wife in the face because she didn’t undress quickly enough when he wanted to have sex.

The Sun Herald website on Thursday published audio from 911 calls and video from the body camera of a law enforcement officer who responded to the McLeods’ home on May 19.

In one call, Magen Merrill, a friend of McLeod’s wife Michele, told the dispatcher that Doug McLeod had punched his wife in the face and her nose was bleeding.

During a one-day trial, Michele McLeod testified that her husband drank less than two tumblers of wine, mixing them with prescription-strength painkiller.

She said Doug McLeod was “in a state of delirium” when one of his limbs, “probably his arm,” hit her face.

The Sun Herald reported that Doug McLeod did not respond to multiple attempts to reach him recently for comment. The Associated Press also left two phone messages for him Friday, and he did not immediately respond.

Doug McLeod ran unopposed in November for a third term in the House. His arrest happened more than two months after candidates’ qualifying deadline. Gunn has publicly called on McLeod to resign.

“This whole episode was a bad reflection on him, his family and on his capacity as a legislator, and that reflects upon the entire state of Mississippi,” Gunn said.

Most legislators are assigned to serve on several committees. Gunn has assigned McLeod to only one committee this four-year term.