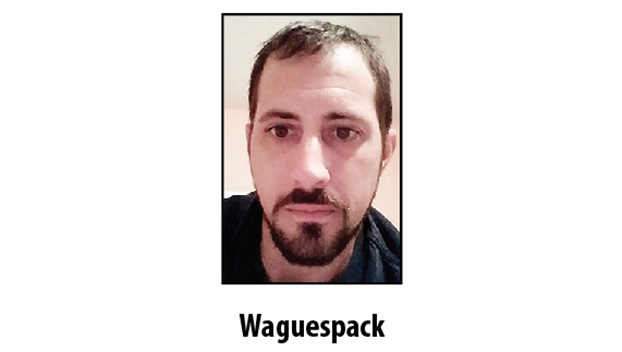 Wednesday’s episode of “In Pursuit With John Walsh,” which airs at 9 p.m. central on the Investigation Discovery network, is profiling a Texas fugitive who is wanted for murder and who has family ties to Natchez.

Kevin Michael Waguespack was arrested in Natchez and charged with first-degree murder for allegedly killing his girlfriend, Catherine Dyer, at their residence in Austin, Texas, in November 2015.

Waguespack disappeared days before his trial in October 2017.

After Waguespack was arrested at his mother’s house in Natchez, he was returned to Texas and was ordered to wear a GPS tracking device. In April, Texas Judge Tamara Needles agreed to the removal of the monitoring device. Waguespack failed to appear at a pre-trial hearing on Oct. 19, 2017, and hasn’t been seen since.

In Wednesday’s episode, John Walsh aids authorities “in the hunt for a man capable of frightening brutality” and calls on the public to help apprehend Waguespack and bring him back into police custody to face his crimes, an Investigation Discovery news release states.

At the time of his disappearance, Waguespack was described as being 34-years old, 5-feet, 10-inches tall, approximately 185 pounds and may be going by the name Michael, Kevin or Mike, the release states.

“We are encouraging any viewers with any information about Kevin Michael Waguespack’s whereabouts to text or call our hotline at 1-833-3-PURSUE,” the press release states, “or to submit online at our dedicated hub at InPursuitTips.com. These resources are both staffed by trained operators who will accept anonymous tips and alert the proper authorities.”

Jurors weep as images shown of 11-year-old victim during…