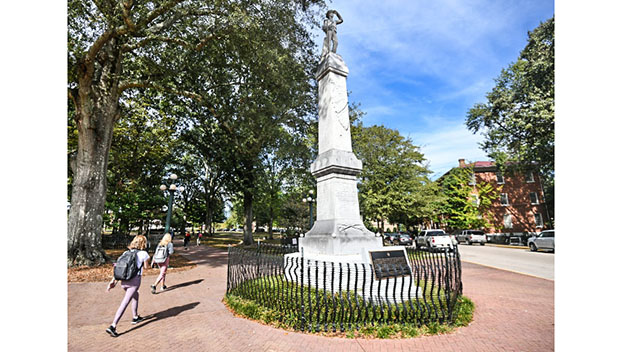 The University of Mississippi has apologized to dozens of African Americans who were arrested in 1970 for protesting racial inequality on the mostly white campus where Confederate images were a deeply ingrained part of campus culture.

“I am sorry it took us 50 years to do this,” Provost Noel Wilkin said Tuesday during a conference called, “Black Power at Ole Miss: Remembrance, Reckoning, and Repair at Fifty Years.”

The university also awarded a diploma to one of the people who was arrested. Linnie Liggins Willis had completed her coursework before her arrest but the university at the time refused to give her the diploma she had earned. She has worked as executive director at Lucas Metropolitan Housing Authority in Toledo, Ohio.

On Feb. 24, 1970, 40 members of the Black Student Union presented a list of demands to the university’s chancellor, Porter L. Fortune Jr., The Daily Mississippian reported. They wanted the university to hire more black faculty members, begin a black studies program and eliminate Confederate imagery at a time when many white students still waved rebel flags at football games.

Also in February 1970, a group of black students burned a Confederate flag and danced on tables in the cafeteria to the music of B.B. King. The next day, almost half of the black students at the university participated in a protest during a campus concert of Up With People, a international traveling group that sang upbeat songs, including at least one tune about racial inclusion. A photo published in the student newspaper at the time showed that some of the protesters stood on stage with their fists in the air — a symbol of the black power movement.

During and after the concert, 89 people were arrested and sent to a local jail or to the Mississippi State Penitentiary at Parchman. They were released the next day. Eight of the students were suspended from the university: Donald Ray Cole, John Donald, Theron Evans Jr., Paul D. Jackson, Linnie Liggins, Kenneth Mayfield, lva Ruth Peyton and Henriese Roberts.

The arrests happened less than eight years after Ole Miss enrolled its first black student under a federal court order and with protection of U.S. marshals.

“We live in a caste system,” Roberts said. “Our children are tracked for mass incarceration. I think it’s a problem that we need to learn to communicate about. We need to strive to build a better community.”

Mayfield earned a law degree and practiced as a civil rights attorney.

Cole earned a doctorate in mathematics from the University of Mississippi and returned to campus as a professor and assistant provost. He retired last year after 21 years of service.

University administrators have been trying for decades to distance the school from Confederate images. In 2015, Ole Miss stopped flying the Mississippi flag because it prominently features the Confederate battle emblem.

A Confederate soldier monument has stood in a prominent spot on campus for more than a century. Students and faculty members in 2019 asked the university to move the monument to a Civil War cemetery that is in a secluded part of campus. In January, the board that governs Mississippi’s eight public universities delayed a vote on relocating the monument.