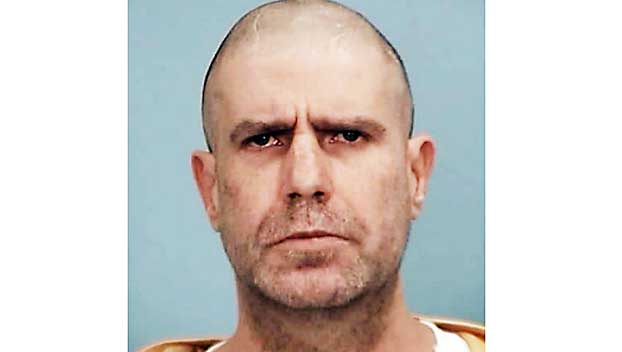 A convicted killer who fled from a Mississippi prison in July 2018 was found guilty of a felony escape charge Wednesday, and a judge gave him an additional life sentence.

Michael “Pretty Boy Floyd” Wilson scaled a razor-wire fence and escaped from the South Mississippi Correctional Institution in Leakesville because he feared for his life after being threatened by other inmates and not protected by prison staff, said his attorney, Chris Dobbins.

“He did what any reasonable person would do. He removed himself from that situation,” Dobbins said, according to the Sun Herald.
Assistant District Attorney Carolyn Lewis said Wilson did not tell prison staff who had threatened him, so the staff had nothing to investigate.

After a three-day manhunt across the Mississippi Gulf Coast, Wilson was captured near Ocean Springs, about 70 miles (113 kilometers) from the prison.

A Greene County jury heard testimony this week from prison staff and from a newspaper publisher who gave Wilson a ride to a hospital. Wilson showed up outside the home of Greene County Herald publisher Russell Turner before the Mississippi Department of Corrections told the public that an inmate had escaped. Turner told The Associated Press in 2018 that he didn’t know the “winded and flustered” stranger was an inmate. Turner said he dropped Wilson off at a hospital and then spoke to local authorities and learned about the escape.

Wilson was convicted on two counts of murder in 2015 in the beating deaths of two men in Harrison County the year before.

“I commend the hard work and dedication of the law enforcement agencies who worked diligently to search for, and ultimately, apprehend, the defendant after his escape,” District Attorney Angel Myers McIlrath said Wednesday. “I am proud of the verdict and sentence handed down.”