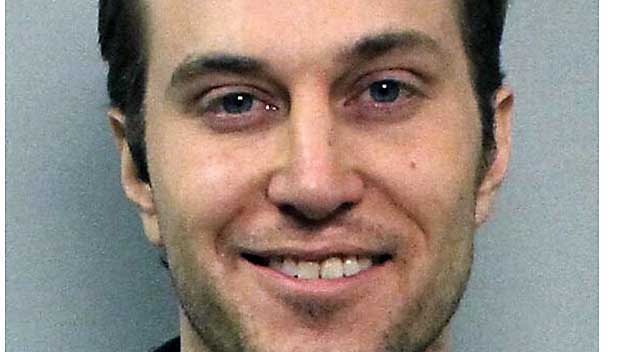 Any given legislative session, Mississippi lawmakers file bills that turn heads of reporters. But a bill filed by Sen. Chris McDaniel this year — a bill that passed Senate committee last week — especially got attention.

The bill, called the “Stop Guilt by Accusation Act,” would legally require media outlets to follow up on outcomes of cases involving public officials previously reported on by those same outlets.

In other words, if a newspaper writes an article about a public official engaging in illegal or unethical conduct, that newspaper would be obligated, by law, to report the outcome of the litigation process.“I knew it’d probably get your attention,” McDaniel joked when asked about it on (Mississippi Today’s) podcast.

“Unfortunately, in the modern era of the press, both sides have managed to weaponize press organizations. Since the press has been weaponized, in some areas, the press has not been as fair as they should have been.”McDaniel continued: “If the story is newsworthy enough to report initially, why isn’t it newsworthy enough to report on the back end to report the vindication of the accused? This is not a political bill. This is a bill, I think, that should be supported by both sides.”

As reporters, Mississippi Today takes seriously the premise of “innocent until proven guilty,” and acknowledge that some media organizations don’t do enough to clear the names of the accused.But Mississippi Today also takes seriously the First Amendment of the U.S. Constitution and question whether the government mandating what media can or can’t report is constitutional.

”This legislation clearly runs afoul of the U.S. Constitution,” said Layne Bruce, executive director of the Mississippi Press Association. “Media cannot defame any individual by accurately reporting on law enforcement or criminal court proceedings, and any attempt by government to compel media to publish or broadcast reports of any nature violates fundamental tenets of the First Amendment.”

McDaniel admitted the constitutionality of the bill is in question, but that he expects the bill, if passed into law, would immediately be challenged in the federal court system — one of several reasons he introduced it, he said.

“(This) is the kind of case that gets to the federal court system and makes its way up,” McDaniel said. “And we know right now that on the U.S. Supreme Court, there are three of four justices that have given lip service to the notion that this public official doctrine should be repealed and reversed.”

Mississippi Today wondered where this bill came from and what action, if any, inspired it. Because McDaniel wasn’t very forthcoming about the exact origins of the bill in his interview, we started digging.

Mississippi lawmakers introduce bills drafted by out-of-state individuals or groups more often than in any other state. A 2019 investigation by the Center for Public Integrity and USA Today showed that model legislation was introduced in Mississippi at the highest rate of any state in the nation.

Often times, these bills are introduced with the sole intention of leveraging the federal court system to strike down or stretch the interpretations of existing laws.

A quick Google search of the bill’s title led to a website that shares the title of McDaniel’s bill. Several states are listed on the site, and a quick click on Mississippi shows McDaniel as the sponsor of the legislation in Mississippi. (McDaniel’s former campaign manager and newly re-elected Sen. Melanie Sojourner, R-Natchez, filed the same bill.)

At the bottom of this website appears the name John Gunter Jr., a Utah man who lists affiliated groups “The De Facto Attorney Generals,” “Special Forces Of Libertys,” and “Clean Services Foundation.”

Several efforts to reach Gunter were unsuccessful, but his name came up in several news articles and court filings from around the country. In many of those articles and filings, another name kept popping up: Chris Sevier. Gunter and Sevier are co-plaintiffs in several past lawsuits, and the two have drafted legislation together pushed by lawmakers in statehouses around the country.

A search of Sevier’s name produced a litany of news articles, lawsuits and other legal proceedings. His Tennessee law license was placed on disability inactive status “by reason of mental infirmity or illness” in 2011, but that hasn’t stopped him from filing lawsuits in several states since then.

Sevier also had a long dispute with well-known country artist John Rich, starting in 2008 with a disagreement over song rights.

Rich accused Sevier of stalking and sending him multiple emails despite a restraining order, including one email that Sevier allegedly sent Rich that was a half-naked picture of himself draped in an American flag, his body covered in a substance “believed to be representing blood,” The Tennessean reported in 2014, citing court records.

Around the same time as the Rich proceedings, a 17-year-old girl accused Sevier of stalking.

Just last year, legislative leaders in Missouri told lawmakers there that Sevier was a security threat after some unusual meetings he’d had inside that statehouse.

We had more than a few questions for Sevier, mostly about why he wrote the bill and believes it is constitutional.

In a 30-minute phone interview on Friday, Sevier told Mississippi Today he drafted the bill. Sevier told us he had a “team of about 300 people” working alongside him on his legislation, which he’s introduced in multiple states the past three years. None of those bills, he acknowledged, has passed into law.

“But we’re getting pretty close in several states,” he said.

“The freedom of the press is not absolute,” Sevier said, saying that accused persons who don’t get fair treatment in the press lose “their civil rights.”

When asked if his own personal experience dealing with legal authorities and the press led to his drafting of this bill, Sevier went on a rant painting himself as a target of attacks.

“(Bringing my history into it) is a good way to try to defeat bills,” Sevier responded. “Lots of reporters have tried that approach. You can try that, too, if you want, man. They’ve been trying that the past two years. There’s no way to stop things we’re working on, so what they do is they rely on fake cases brought against people like myself.”

The bill passed the Senate Judiciary A committee last week, though several lawmakers in that meeting including Appropriations Chairman Sen. Briggs Hopson, R-Vicksburg, asked McDaniel about the constitutionality of the bill and voted against it. The bill will now move to the Senate floor for debate and faces a March 10 deadline for floor action.

This bill was the first that McDaniel, who came a few hundred votes short in the contentious 2014 Republican primary runoff from defeating U.S. Sen. Thad Cochran, has filed since that election that passed out of committee.

When asked if Mississippians should be concerned that someone with a history like Sevier drafted the legislation, McDaniel downplayed it.

“There’s obviously not a whole lot you can do about people claiming ties to pieces of legislation that are introduced,” McDaniel said. “Simply because some knucklehead somewhere may have had some association with the initial model act doesn’t mean we have anything in common with the knucklehead. That’s a bit of a stretch, I would think.”

This article was originally published by Mississippi Today, and was written by Adam Ganucheau. The Hazelhurst native has covered politics and state government for Mississippi Today since February 2016.

Have you seen this Mississippi man? His family says…