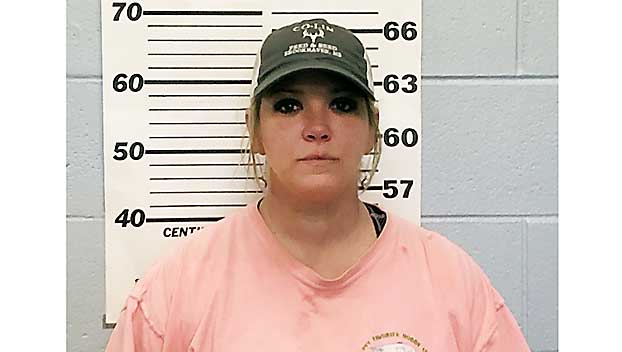 A former clerk in the Lawrence County Soil and Water Conservation District is accused of using office checking accounts to pay herself for bogus travel reimbursement requests, purchase her own groceries and write checks directly to herself for cash.

Special agents from State Auditor Shad White’s office arrested Brandy Russell after she was indicted for embezzlement by a Lawrence County grand jury assembled by District Attorney Hal Kittrell. A demand letter was issued to Russell when she was arrested.

After her scheme was discovered, she repaid the conservation district $10,260 and her employment was terminated. However, after the incident was reported to the auditor’s office, investigators identified additional taxpayer loss, so a demand letter — including interest and investigative expense — worth $8,733.05 was issued to Russell at the time of her arrest.

“The auditor’s office will continue to hold those who take public money accountable at every level, from large state agencies down to soil and water conservation districts,” White said. “Thank you to the agents in my office who worked this case and put a stop to the theft.”

Russell surrendered to agents at the Lawrence County Jail Wednesday. Her bond was set at $10,000 by the court, and she has since been released from custody.

If convicted, Russell faces up to 10 years in prison and $5,000 in fines. All persons arrested by the Mississippi Office of the State Auditor are presumed innocent until proven guilty in a court of law. The case will be prosecuted by Kittrell’s office.

A $10,000 surety bond covers Russell’s time as a clerk at the Lawrence County Soil and Water Conservation District. A surety bond is similar to insurance designed to protect taxpayers from corruption. Russell will remain liable for the full amount of the demand in addition to criminal proceedings.

Suspected fraud can be reported to the auditor’s office online any time by clicking the red button at www.osa.ms.gov or via telephone during normal business hours at 1-800-321-1275.