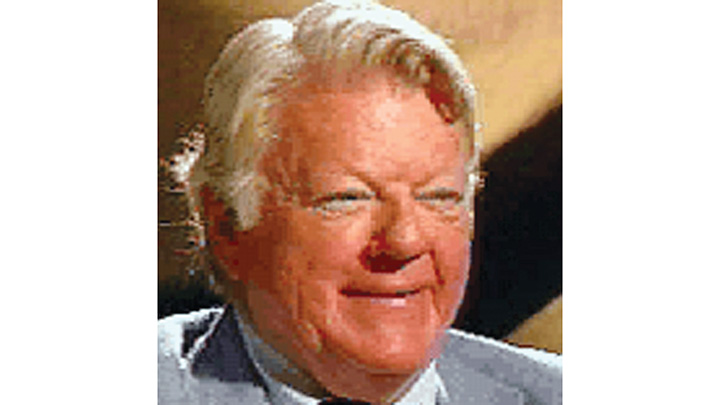 The Brookhaven native who helped create the Mississippi Sports Hall of Fame has died.

James “Jimmy” Lyman McDowell Jr., known as Mississippi Red, was a longtime sportswriter and college football personality. He died Thursday in Jackson at the age of 93.

Visitation will take place at the Mississippi Sports Hall of Fame in Jackson from 5 until 7 p.m. Tuesday followed by a private graveside service at Rose Hill Cemetery in Brookhaven Wednesday, March 11, 2020. Sebrell Funeral Home in Ridgeland is assisting the family with arrangements.

McDowell was born in 1926 in Brookhaven to James Sr., a semi-pro baseball player and his wife, Blanche. He started his life on the road early on, traveling the old Cotton States League circuit with his parents, often sleeping in a hotel dresser drawer.

His career as a sportswriter started with what would eventually become The Daily Leader at the age of 14. He graduated from Brookhaven High School in 1944 and joined the Navy, serving in the North Atlantic and Mediterranean theaters during World War II.

After the war, he returned to Brookhaven to attend Whitworth College, then Millsaps for one semester before transferring to the University of Mississippi, where he was sports editor of The Daily Mississippian student newspaper and the Ole Miss yearbook before graduating in 1949.

For close to 30 years McDowell traveled the country as the NFF’s representative and goodwill ambassador, attending major college games and bowl games every football season and visiting countless universities and local chapter events every offseason. While with the NFF, McDowell helped establish the Hall of Fame Bowl in 1977, the College Football Hall of Fame building in 1978 and the annual Kickoff Classic in 1983.