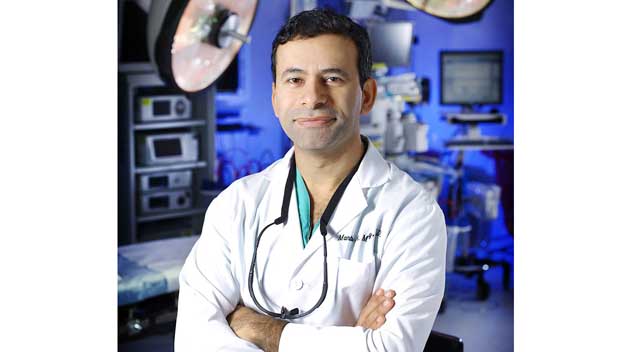 A Johns Hopkins University medical professor has warned the low numbers of confirmed cases of coronavirus may be misleading. He thinks the actual number could be as high as half a million.

Dr. Martin Makary told Yahoo Finance’s “On the Move” Friday that he thinks the number of confirmed cases in the United States could be “between 50,000 and half a million.”

Makary said he believes there are probably 25 to 50 people who have the virus for every one person that has been confirmed.

“I think we have between 50,000 and half a million cases right now walking around in the United States,” Makary told “On the Move.”

He said the low number of tests available in the U.S. also caused underreporting.

The CDC initially had very few tests available and its leaders have said the testing plan had failed last week as they vowed to play catchup.

President Trump issued a national emergency to release federal resources and relax regulations in an effort to slow the growing spread of the disease.

Across America sporting events, church services, schools and other gatherings have been canceled as health officials urged people to stay away from large groups of people, thus limiting their contact with people who may have the coronavirus.

“I’m concerned when I hear a neighbor or a friend say that they’re planning to go to a kid’s swim meet in three weeks or going on vacation next week,” Makary told Yahoo Finance’s “On the Move.” “No — we’re about to experience the worst public health epidemic since polio.”