Mississippi jails are not prepared to handle a coronavirus outbreak, and judges should consider releasing people who are waiting for trial on nonviolent crimes but cannot afford to post bail, a human rights attorney said.

Cliff Johnson is director of the MacArthur Justice Center at the University of Mississippi law school. The center tracks jail and prison conditions, and it released new figures Wednesday showing a continued pattern of thousands of people remaining in Mississippi jails for months because they cannot afford to post bail.

Mississippi reported 34 confirmed cases of the coronavirus as of Wednesday, though there was no indication that any were among people in jails.

Johnson said jails could become more dangerous during the coronavirus pandemic because sheriffs don’t have the equipment or training to handle cases.

“These guys have no idea what to do,” Johnson told The Associated Press on Tuesday before releasing the new report.

In some jails, inmates sleep in “open bay” settings, with multiple beds in a single large room.

For most people, coronavirus causes only mild or moderate symptoms, such as fever and cough.

For some, especially older adults and people with existing health problems, it can cause more severe illness, including pneumonia.

The vast majority of people recover from the new virus. People with mild illness recover in about two weeks, while those with more severe illness may take three to six weeks to recover, according to the World Health Organization.

At the urging of the MacArthur Center, the Mississippi Supreme Court in 2017 ordered sheriffs to start providing information about people in county jails and how long they have been there. The center collected information from April 2018 and November 2018.

Those are similar to the figures from November 2018.

“We know the vast majority are there because they can’t get bail,” Johnson said.

People who can afford to post bail are released from jail while waiting for a grand jury to consider whether to indict them on criminal charges. Johnson said: “Poor people sit in jail.” 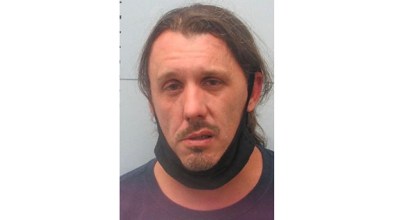