Secret property connected to Elvis Presley discovered in Mississippi; now up for sale 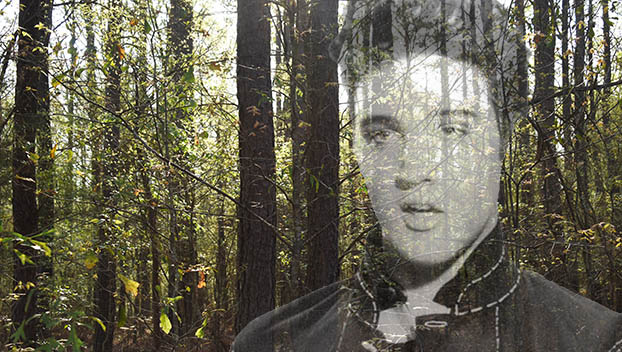 If Elvis Presley were still alive today, he could have been hiding — at one point in his life — in the North Mississippi woods.

Recent reports reveal an Elvis-related property few fans and experts knew was ever connected to “the King” of rock and roll.

The website Realtor.com recently revealed the discovery of this secluded property that is now for sale.

Just a 30-minute drive from Presley’s famed Graceland mansion sits a large plot of land in Coldwater that was likely purchased by the rock legend in the mid-1960s. Now the property is on the market for $485,000.

Even die-hard fans and Elvis Presley experts didn’t know about the connection to the singer until listing agent Brandie Todd’s suspicions were raised.

Todd told Realtor.com she “had a hunch the property was more than it appeared to be when she started examining the deed and documents associated with the 33-acre parcel.”

Todd said the documents led her to believe the land was connected to the Presley family.

Shutts said he thought he was aware of every piece of property that Elvis ever bought. He was surprised by Todd’s findings.

The land was evidently bought in 1965 under the name of Vernon Presley, Elvis’ father and then transferred to Johnny and Lois Smith, the brother- and sister-in-law of Gladys Presley, Elvis’ mother, the article from Realtor.com states.

Although paperwork shows the property belonged to Elvis’ uncle, Shutts says Elvis most likely purchased the property under another name for tax and financial reasons.

“It was Elvis who purchased the property. It was his money that was used,” Shutts said.

The land remained in the extended Presley name for some time, the article says. In 1972, the Smiths sold the property to William McGregor, a man who had a long history with the Elvis-owned Circle G Ranch and with Graceland.

McGregor also made leather goods and jewelry for Elvis.

No longer in the Presley family, the land is for sale, Todd said.

On the property, there’s a two-bedroom, two-bathroom home, a barn, and a workshop wired and ready to go.

It’s a great place for all manner of outdoor activities, according to Todd. From hunting to riding ATVs, there’s space for everything. There’s also a mysterious, blue-and-white 1955 Buick, peppered with bullet holes.

Despite rumors that Elvis used the car for shooting practice, Shutts said it is unlikely Elvis ever saw the car.

“The car probably belonged to Gladys’ family. Elvis was known for giving away cars, but he gave away new ones. He came into money around 1957, and this car is a ‘55. He wouldn’t have given a used car to someone,” Shutts said.