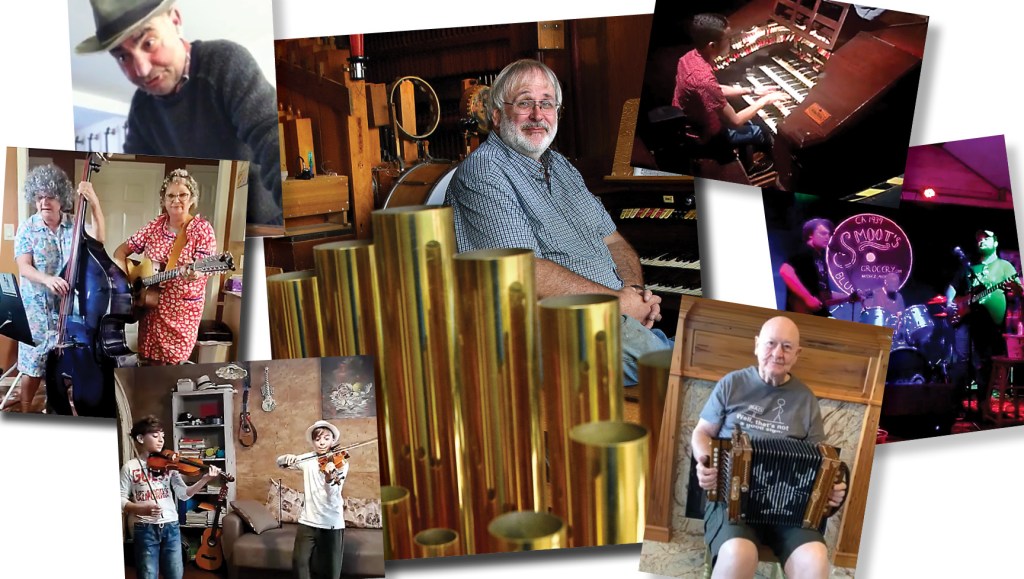 Burnley Cook, at center, started the Music for the Masses Facebook group. The page has attracted videos of performers from around the world.

NATCHEZ — As COVID-19 keeps residents separated at least 6-feet apart, one Mississippi man is looking to the power of music to keep everyone together.

Natchez musician Burnley Cook started the Facebook page “Music for the Masses” when he realized how the virus would impact the performers and the ability for people to attend music performances.

“If people can’t come out to hear it, I thought I could put together a Facebook group and solicit entertainers to provide music,” Cook said.

Since Wednesday morning, Cook’s page has grown quite a following.

“Things started taking off,” Cook said Thursday. “I think it is over 500 members now.”

Members of the group come from all over the world, Cook said.

Musicians from as far away as Australia and Great Britain have posted to the page. One video from Spain features a man playing the keyboard from one balcony joined by a saxophone player on a separate balcony in an adjacent building.

“So far, we had choirs, organists, a banjo player, guitarists and a bagpipe,” Cook said. “It is continuing to grow. Sometimes the videos are coming through so fast it is hard to keep up with it.”

Cook said he hopes the page will be a diversion from the worry and anxiety that people are experiencing during the crisis.

“If it gets as bad as people are hoping it is not going to be, it will not only give people something to get their mind off things, it will also give performers something to do,” Cook said.

Cook said the group page is for musicians of all ages, backgrounds and music levels.

“You don’t have to be a pro. Just get on there and make music,” Cook said.

First, Cook said the page does not allow anything political.

“Don’t come on and say anything political because that is not going to fly,” Cook said.

The second rule, Cook said, it that he wants to keep it joyful and encouraging. To do so, Cook said he is not allowing profanity and abusive language.

“This is about encouragement, relaxing and enjoying music, and I don’t want anything that will potentially harm that spirit,” Cook said.

In a small way, the page helps the world not seem so separated, Cook said.

“It is a great way to make the world smaller — you can have the world right in the palm of your hands,” Cook said.

Former Mississippi pastor: ‘Never dreamed that I would be…