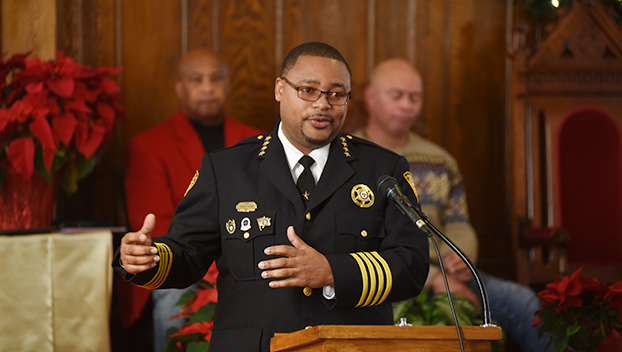 Patten said a couple of weeks ago when his body started aching he didn’t think he had anything more than a seasonal cold or allergies. The sheriff said he experienced a low-grade fever, but it was nothing Tylenol couldn’t handle.

Patten said the local VA tested him for flu, pneumonia and strep throat. All of those tests came back negative.

Patten said he then started coughing and felt like his sinuses were draining.

“I thought it was pollen at first,” Patten said.

When he noticed changes in his breathing, Patten said he decided to get tested.

“Just to be safe, I went to Merit Health to see if I could get tested for COVID-19.”

Patten was tested at the hospital on Wednesday and received the positive test results at 11 a.m. Sunday. He has been in self-quarantine since being tested.

Since then Patten said he has been calling people that he has been in contact with to let them know about his test results.

Patten said he wants people to be aware of the symptoms related to the virus and consider getting tested if they think they have the virus.

Patten said he was told to stay in self-quarantine for 14 days from the day he was tested.

“I felt like I have been through the worst part of it and am now feeling better,” Patten said. “I thank God every day that I have the immune system to fight this off.”