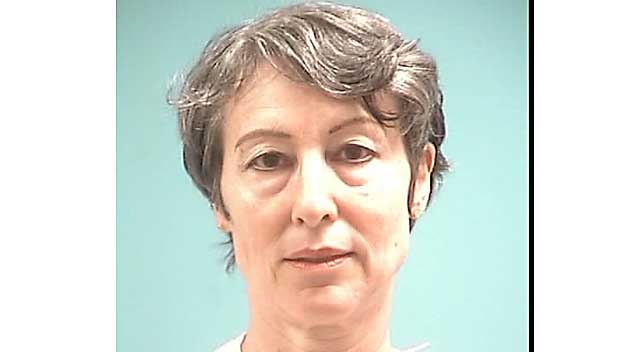 A Mississippi woman convicted of helping her boyfriend kill a state trooper decades ago has filed a lawsuit against the parole board, claiming the board has not granted her parole because of unfair retaliation.

Anita Krecic, 60, was convicted of accessory to murder in 1987 in the fatal shooting of state trooper David Bruce Ladner. She was sentenced to life in prison before Mississippi passed a law denying parole for all life sentences. She was eligible after serving 10 years.

Krecic said she has been a “model prisoner” over the past 30 years but has been denied parole at least nine times, The Clarion-Ledger reported.

She filed a lawsuit last year alleging discrimination and retaliation in Rankin County Circuit Court, but on Friday the suit was refiled in federal court, the paper reported.

Krecic and her then-boyfriend Tracy Alan Hansen were wanted for robbery in Florida when Ladner pulled them over for speeding on April 10, 1987. Hansen shot Ladner in the back and neck, then stole his gun and patrol car. Ladner was hospitalized and died two days later.

Hansen was convicted of capital murder and sentenced to death. He was executed in 2002.

Krecic said she was with the wrong man and was on drugs at the time of the shooting. The lawsuit said the parole board is “turning a blind eye” to the “positive strides” Krecic has made.

Krecic’s family has previously said that since she didn’t pull the trigger, she should be released.
Ladner’s family and the State Troopers Association has continuously urged the parole board to deny Krecic’s requests for parole.

On behalf of the parole board, Special Attorney General J. Chadwick Williams denied Krecic’s claims and said the board acted reasonably.

A court hearing on the lawsuit wasn’t immediately set.

How will doctors choose who to treat first if…