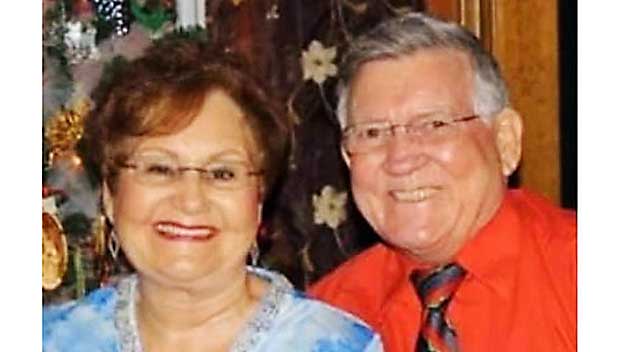 A Mississippi couple who died holding hands reportedly contracted COVID-19 on a cruise ship, their pastor said Monday during a streaming funeral service.

Jerry Austin Williamson and his wife of more than 50 years Frances Jewel Bond Williamson, both 72 years old, died six minutes apart, according to their obituaries.

The pastor, who celebrated the Williamsons’ life together, remembered the couple during the broadcast of the funeral service Monday.

During the service, the pastor said the couple loved to go on cruises, the pastor said and that they usually ended up catching some type of illness after returning from their trip. The only difference was this time the illness was far more serious.

The pastor said the couple knew of the virus in the early stages but they didn’t realize how dangerous it was at that time.

At the service, the pastor reminded parishioners that the couples’ steadfast faith led them to a life of eternal love.

Jerry was a native of Tuscaloosa, Alabama, and served in the U.S. Navy and was retired from his work at the U.S. Naval Home in Gulfport, Mississippi. His obituary read that he “was born with Alabama Crimson Tide blood and remained a lifelong, loyal fan.”

A United States flag was draped over Jerry’s casket to honor his military service.

Flowers decorate the casket of his wife, Frances, who was a Mississippi native, having been born in Wiggins, Mississippi. She was a retired phlebotomist.

Both were members of the North Long Beach Baptist Church. Jerry served as a deacon while Frances served on the church’s flower committee.

Interment will follow at a later date at Biloxi National Cemetery along with a public memorial.

Mississippi doctors say they were fired after speaking out…