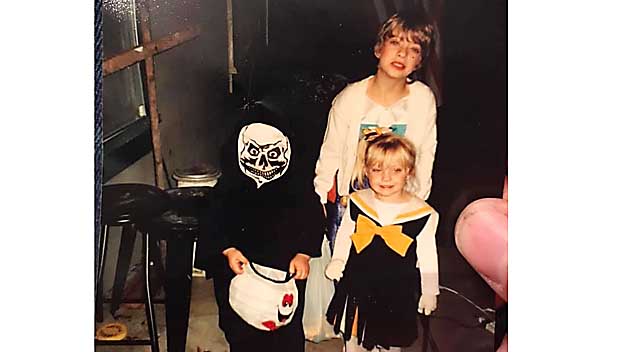 This family photo was reported sucked from the debris of a house destroyed Sunday in Moss, Mississippi, near Laurel and carried 121 miles to Alabama.

A beloved family Halloween photo apparently was taken aloft Sunday when a powerful tornado destroyed a house in Moss, Mississippi, and amazingly the photo traveled more than 100 miles to western Alabama where it was located. It was one of a couple of images carried more than 100 miles by the storms.

The photo depicts three young children dressed in Halloween costumes. A member of the family, one who was in the photo as a child, spotted the photo posted on social media and claimed it.

Famed Alabama weather forecaster James Spann posted the photo, along with a few others, that were found by residents of western Alabama just southwest of Tuscaloosa, Alabama, some 121 miles away, in hopes that someone would spot the images and reunite them with their rightful owners.

“This picture has been identified,” Spann wrote in a tweet. “Traveled 121 miles to Tuscaloosa County Alabama. One of those that lived in the home is in critical condition.”

This picture has been identified. It was lofted by an EF-4 at Moss, Mississippi. Traveled 121 miles to Tuscaloosa County Alabama. One of those that lived in the home is in critical condition. pic.twitter.com/ZFneQzQfuU

Included in Spann’s tweet was an image of a text message, presumably from the person who claimed the photo that wrote: “That’s me, my brother and sister when we were little. My grandparents’ home was destroyed yesterday in the tornado that hit Jones County Ms. … that was the family home. They lost everything. It would mean a lot to get this picture back.”

The tornado, with a preliminary rating of EF-4, struck Moss Sunday afternoon, leaving a path as wide as a mile in its path, the Laurel Leader-Call newspaper reported. The storm was so powerful it leveled structures and threw cars and trucks up to 200 yards away.

Another image, reportedly from a Collins, Mississippi, storage shed, had a similar, although longer trip, traveling 176 miles to Randolph, Alabama. The image was found by Michelle Gewalt, Spann reported. The bride in the picture is Heather Lail. The photo was at a family member’s home in Collins, when an EF-4 struck there as well. 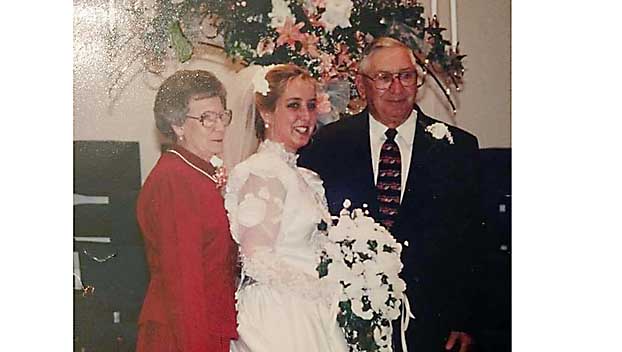 Images and other household items being taken aloft and traveling great distances is not all that uncommon with such powerful tornadoes, experts say.