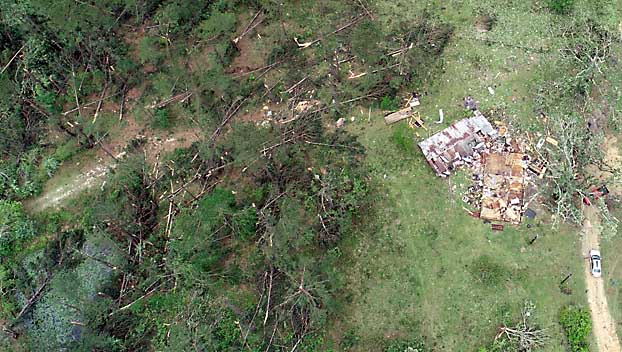 The tornado was the third EF4 tornado to strike Mississippi in the last week. Two other EF4 tornadoes struck the Magnolia state a week prior on Easter Sunday.

One person was killed and another injured in the twister.

The storm began in Walthall County and continued across Marion, Lamar, Forrest and Perry counties before it subsided.

Jessie Winston was born on Christmas Day in 1910…