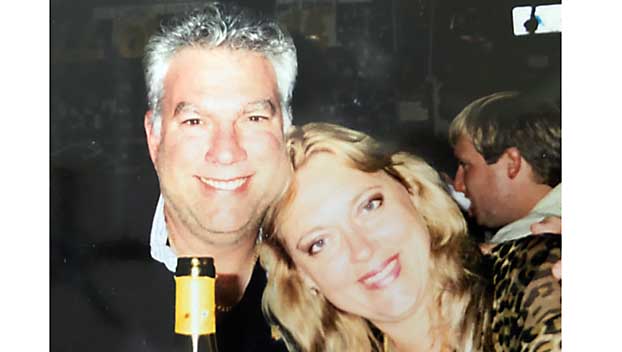 Alan Schreier and Carole Baskin in the late 1990s.

The ex-boyfriend of ‘Tiger King’ star Carole Baskin says the big cat rescuers has a “very high sex drive” – and loved to become amorous in the couple’s hot tub.

Alan Schreier, 70, was in a relationship with the Big Cat Rescue founder between 1999 and 2001, after her first husband mysteriously vanished.

Alan, a retired real estate developer, met Carole, 58, online and after just two months of dating he moved into the wildlife preserve compound where she still lives in Tampa, Florida.

“I was on a couple of dating sites in the late 90s and one day I got this email from Carole saying: ‘I know you but I don’t think you know me, but if you want to know me I’m in People magazine this week’,” said Alan.

“At first I thought it was one of my friends playing a prank, so I went and bought the magazine and read about how she has one of the world’s largest collections of big cats and how people have accused her of killing her husband, but it was never proven.”

Carole’s first husband Don Lewis missing in 1997 and has since been declared dead. His body was never found.

“I met Carole about a year and a half after her husband went missing, so it was still fresh,” recalled Alan.

“She told me that Don hung around some ‘unsavory people.’

“She said he used to carry a lot of money around on him and she thought maybe somebody did something to him, perhaps kidnapped or killed him.

“Their marriage was faltering towards the end. She told me they were not getting along at all.”

Despite Carole’s interesting past Alan was keen to meet her in person.

“We had our first date at her place, I drove out to meet her and told everyone before I left: ‘If you don’t hear from me it’s because I’ve gone to meet this lady who keeps the big cats who might have killed her husband.’

“But the date was great. She gave me a tour of all the cats on her property. We got along and she was very attractive.

“She usually dressed in cat prints, they looked good on her.

“We hit it off pretty quickly and started spending a lot of time together.

“We had a very good sex life, and she was quite affectionate with me.

“She had a very high sex drive, maybe that’s why it lasted for over three years.

“She liked it in the hot tub, we got our money’s worth for the hot tub!

“At that time I owned a condo in Tampa which I had just sold, so she asked me if I wanted to move in with her and renovate her house.”

Alan and Carole lived together harmoniously for about seven months, but problems arose when Alan’s son Todd, then 15, moved in with them.

“Carole is not a people person, she never really had any girlfriends and she wasn’t into children at all,” said Alan.

“Her daughter Jamie lived in a separate house on the property and cooked all her own meals. She had been living out there since she was a teenager.

Todd, now a 36-year-old real estate investor, does not remember his time at the Baskin household fondly.

He said: “Carole always made it very clear that she didn’t want me there. She hates people, she flat out told me that she hated me.

“She never really spoke to me and I made sure I was out of the house as much as possible.

“I was never allowed to have any friends over. She really doesn’t like people, just the cats.

“Her daughter Jamie was very sweet, but Carole made her live alone. Jamie had to totally take care of herself.

“Carole is really religious but in a rather judgmental ‘I’m better than you’ kind of way.

“I never spoke with her about her ex-husband but there was a big cement slab in the middle of the woods. That didn’t make sense to me.

“Life there was so uncomfortable and weird for me. She and my dad had their own side of the house and I wasn’t allowed in there at all.

“I used a separate bathroom. One day I came home and there was a bobcat in my bathroom. That was the only time I used their bathroom, dad said it was a special needs bobcat that Carole was taking care of.

“After I’d been living there for about ten months I went to live with my grandmother because I felt so unwelcome.

“Carole really does care about the cats though, in a very creepy, weird way. They’re her whole life, 24/7. But she doesn’t care about human beings at all, she’s cold as ice. Totally emotionless.”

In 2001 Alan, who is Jewish, decided to take more of an interest in Carole’s religion and he began visiting her church with her.

“I realized that her church didn’t recognize the Old Testament and that seemed anti-Semitic in my mind, so I stopped going and that was the beginning of the end really,” said Alan.

“We didn’t have a fight or a big blow out. But one day, out of the blue, I came home and she said: ‘I don’t think we’re going to make it, I don’t see a future for us.’

“It was right before Thanksgiving, she caught me totally off guard.

“I had plans to visit my brother for Thanksgiving and when I got back she had packed up all my stuff, about 30 boxes, and she just told me to move out.

“So I moved out and we haven’t spoken a word to each other since.”

Carole Baskin did not immediately respond to a request for comment.