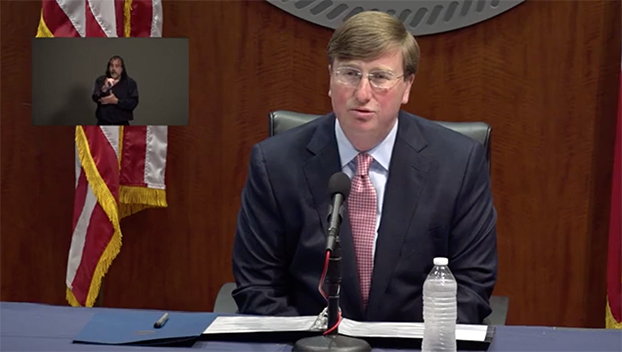 Mississippi’s governor said the state’s stay-at-home order to curb the spread of the coronavirus will expire Monday, but he urged residents to remain vigilant and continue safe practices to stop the spread.

Gov. Tate Reeves said Friday that the stay-at-home order was meant to be temporary, and that officials don’t believe the government can force Mississippians to stay in their homes “for months and months on end.”

Reeves said that the state-wide “safer at home” order will go into effect at 8 a.m. on Monday and last for two weeks.

Click here for a link to the governor’s order.

The guideline from Reeves’ order includes:

Reeves said earlier models projected that Mississippi would be seeing about 90 deaths per day by this time, but eight people died yesterday and trends are pointing in a positive direction.

Reeves’s statewide stay-at-home order has been in place since April 3 and will be allowed to expire Monday morning.

“We are starting to reopen our economy,” Reeves said. “We cannot slam the door open, that would be reckless and put lives at risk. We can take measured steps to make life better for Mississippians.”

Mississippi processed nearly 165,000 claims for unemployment benefits between March 14 and the week that ended Saturday, according to figures released Thursday by the U.S. Employment and Training Administration. Nearly 36,000 of those claims were made during the most recent week of the reporting period. The U.S. overall is seeing its highest unemployment levels since the Great Depression.