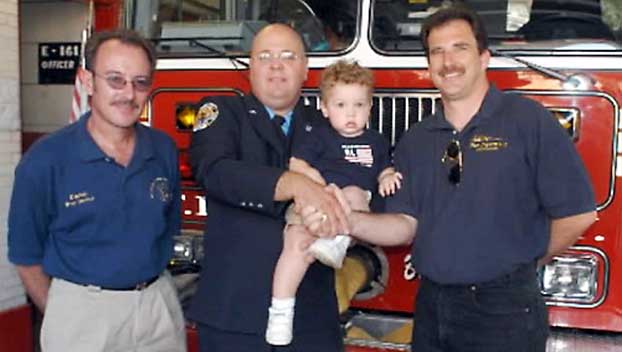 A New York City firefighter who answered the call on 9/11 and later befriended a Mississippi fire department died of COVID-19 coronavirus.

Matthew “Matty” Moore, of Staten Island, was only 52 and had retired as a firefighter in 2006, according to his obituary. He died April 17.

Moore was one of the FDNY crews to respond to the World Trade Center on 9/11.

“Matty was a 9/11 hero who worked tirelessly every day for three months with the recovery of victims at Ground Zero,” his obituary reads.

Moore came to Mississippi in 2002 as he traveled with other firefighters around the country to express thanks for the nation’s support after 9/11.

The Natchez firefighters didn’t really think Moore would return, but he did, making the trip back to Mississippi to support the cause in 2003.

The event was the first large event ever held at the city’s newly constructed convention center. More than 350 people attended the ball.

Moore’s father returned to Natchez to attend the ball the following year.

Moore’s obituary can be read here.