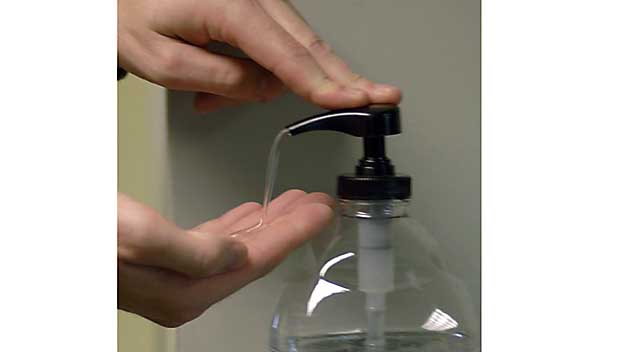 Things were so much clearer when just about everything was locked down for the coronavirus pandemic.

Now, with states lifting their coronavirus restrictions piecemeal and according to their own, often arbitrary, timetables, Americans are facing a bewildering multitude of decisions about what they should and should not do to protect their health, their livelihoods and their fellow citizens.

Is it safe now to join the crowds at the beach or eat at a restaurant? To visit the elderly parents you haven’t seen in nearly two months? To reopen a struggling business?

In many cases, the less-than-satisfying answer from the experts is: It depends.

“There will never be a perfect amount of protection,” said Josh Santarpia, a microbiology expert at the University of Nebraska Medical Center who is studying the coronavirus. “It’s a personal risk assessment. Everybody has to decide, person by person, what risk they’re willing to tolerate.”

Jill Faust, 53, of Council Bluffs, Iowa, said she would hesitate to eat at an indoor restaurant when such businesses are allowed to reopen in her community on Friday.

“We would have to know ahead of time what precautions they’re taking,” she said, citing the way some restaurants may rely on limited seating, well-spaced tables, masks for employees and disposable cups and plates. Even then, she said, it might not be worth the trouble.

“Going to a restaurant to me is this lovely, relaxing experience where you can sit with people and relax and catch up after a long day. If your experience is going to be limited by all these safety concerns, why spend the money?” she said.

Such decisions will become far more frequent in the coming weeks as officials in Europe and the U.S. move to reopen schools and businesses. With the crisis easing in many places, France, Spain and Greece were among the latest countries Tuesday to announce their roadmaps for starting up their economies again.

As places loosen up, health authorities will be watching closely for any sign of a resurgence of the virus.

On Tuesday, for example, Germany reported an uptick in the infection rate since some small businesses were allowed to reopen just over a week ago. But it was too soon to say whether the easing of the restrictions was to blame.

Around the world, the number of confirmed infections stood at more than 3 million — including 1 million in the U.S. — and the confirmed global death toll topped 210,000, according to Johns Hopkins University. The true toll is believed to be much higher because of limited testing, differences in counting the dead and government concealment.

In the U.S., the uncertainty ahead was spotlighted in Georgia on Tuesday, after businesses such as barber shops and tattoo parlors were given the go-ahead to reopen.

Savannah Mayor Van Johnson said the changes could prove perplexing to the public.

The decisions Americans make are likely to vary widely depending on where they live, and how close that puts them to known clusters of virus cases. In Georgia, where COVID-19 has killed at least 1,000 people, many new cases are still being reported.

But even in places with fewer known infections, people are facing uneasy choices.

In Omaha, Nebraska, where businesses will be allowed to reopen next week, teachers Michelle and Mark Aschenbrenner said they are eager to return to the restaurants they frequented. Mark Aschenbrenner has set up an appointment for a long-delayed haircut.

“I think we’re four weeks too early,” he said of the plans to lift restrictions. But “I think I’ll probably still go because we’ve been stuck at home for seven weeks and we’re going stir crazy.”

With warmer weather enticing more people to venture out in the weeks ahead, it will be up to individuals to exercise caution.

“You can’t swear that if somebody happens to cough on the beach chair to your left and then you have a breeze that blows that over across you, that you don’t have the exposure in that way,” said Dr. Marybeth Sexton, infectious-disease specialist at Emory University School of Medicine.

Even following guidelines from authorities to maintain 6-foot distances may not be enough. That rule is based on how far a different coronavirus, SARS, spread among airline passengers.

When doctors treated more than a dozen COVID-19 patients at an Omaha hospital, researchers found genetic material from the virus at greater distances — on window ledges, cellphones, in hallways and on toilet seats, Santarpia said.

That doesn’t mean people shouldn’t go out. But they should be very deliberate in doing so, limiting visits with relatives and friends to moments that matter, said Dr. Emily Landon, who leads infection control at the University of Chicago Medical Center.

Mother’s Day — May 10 in the United States — may qualify if Mom lives nearby, she said. But limit the number of people involved and wear masks the entire time.

Even if you check to make sure everyone present has been feeling well, accept that there will be risk, she said.

In Germany, where lockdowns were eased earlier this month, the number of people infected by each carrier has risen from about 0.7 to a still-manageable 0.96, said Lothar Wieler, the head of the Robert Koch Institute. He urged Germans to keep abiding by the social-distancing rules, including wearing masks while on public transportation or shopping.

Prime Minister Jacinda Ardern said people have done an incredible job of breaking the chain of transmission but cautioned they need to remain vigilant.

“There may still be some smoldering ashes out there, and they have the potential to become a wildfire again, if we give them the chance,” she said, quoting a microbiologist.

In Australia, hundreds returned to the water after Sydney’s Bondi Beach reopened to swimmers and surfers. Still, people can use the beach only during daylight and must keep their distance from one another. Australia has recorded 83 virus deaths, fewer than what most U.S. states have reported.

But the virus is still a long-term foe. The president of the Japan Medical Association, Yoshitake Yokokura, said he thinks it will be difficult to hold the rescheduled Tokyo Summer Olympics even in 2021 without an effective coronavirus vaccine.

In the shorter term, it will be up to individuals as much as policymakers to make the decisions that will help chart the virus’ course.

“I think everyone still needs to use their judgment. I’m not having a book club in my house. I’m going to my doctor for an allergy shot because that’s safe to do,” said Landon, the Chicago infection-control expert. “You can try and make it political, make it about freedom, but it’s a virus. It’s biology. Biology doesn’t negotiate.”