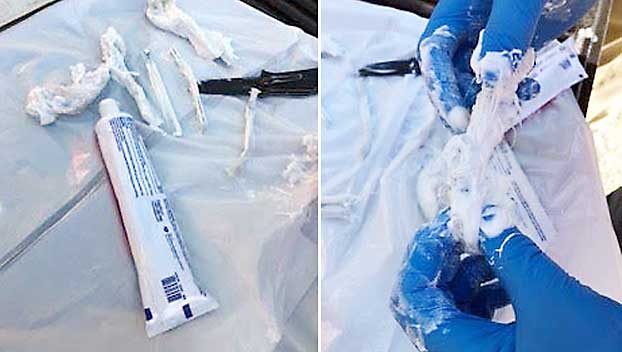 On Friday morning, a toothpaste tube full of meth and synthetic marijuana was discovered at the Covington County Jail in Alabama.

As a result of this, Covington County Sheriff Blake Turman will not allow any sort of packages to go to an inmate.

“Meth and synthetic marijuana were discovered in a “care package” that was meant for an inmate,” Turman said. “During normal circumstances, care packages are not allowed. However, during the Coronavirus pandemic, supplies on their commissary have been limited. We have checked many packages but this one is a new one to us. Suspects are being sought at this time. An arrest is imminent.”

Regardless, the sheriff said, no packages of any sort will be allowed to go to any inmates for any reason other than medical emergencies.

The commissary will be available and if family members or friends would like to send an inmate some sundries, then they can be purchased at the jail through the system. Prices are reasonable and competitive with local convenience stores, the sheriff said.

This article was originally published in the Andalusia (Alabama) Star-News newspaper.