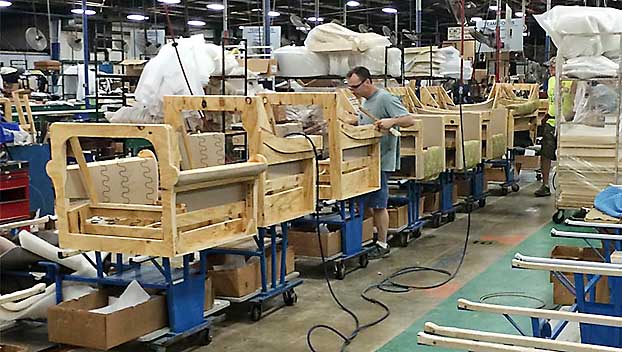 A furniture manufacturing plant in Mississippi, open since 1985, is headed for closure.

In a news release Wednesday, Flexsteel Industries, Inc. said its Starkville plant, along with a second facility in Dubuque, Iowa, will permanently close as soon as June. The release said the closure could come “sooner or later based on business conditions,” The Commercial Dispatch reported.

In late March, both facilities were temporarily closed because of a “sudden drop in demand,” the company said.

“It has become clear that what was thought to be a short-term hit to these two already challenged businesses will now extend well into the future and will likely not return to pre-pandemic levels for some time,” he said. “This pandemic has been unforgiving to too many companies including ours, and we find ourselves with heavy hearts in making these hard decisions as we attempt to navigate these unchartered business conditions.”

The Starkville facility has about 170 workers who make products for recreational vehicles and hospitality customers, the news release said. The company, headquartered in Dubuque, will now focus on home furnishings, e-commerce and workspace solutions.

“The one thing we know is that the organization will look different coming out of the pandemic (than) when it entered,” Dittmer said.

Flexsteel credited business changes and the pandemic for the “painful decision” to permanently close the two facilities.