Which U.S. president would you choose to fight pandemic? You might be surprised by historians’ picks 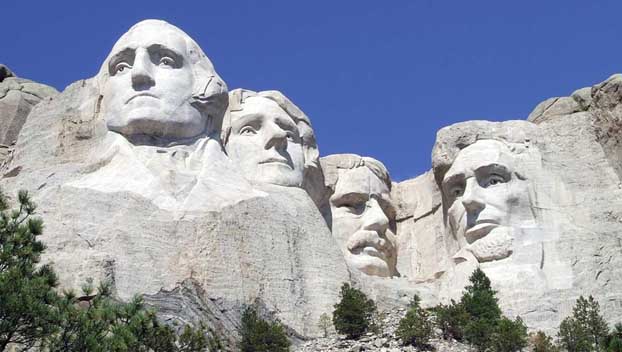 If you were picking the best president to battle the coronavirus pandemic, whom would you choose?

Historian Douglas Brinkley, who has written about many of the nation’s presidents, picked Roosevelt.

As a victim of the polio pandemic, “he really understood how a virus could attack a human body,” Brinkley said. “He was a voice of optimism and reassurance, but not in a blind and foolish way. He would tell the American people what was really happening in his fireside chats.”

In 1933, when 1 in 4 Americans found themselves unemployed, Roosevelt started the Civilian Conservation Corps that provided jobs, planting billions of trees and establishing more than 800 parks.

In keeping with that idea, Brinkley said the U.S. needs a Medical Corps, similar to the Peace Corps and AmeriCorps, to serve as an emergency pandemic force.

“We’re going to have millions who have already had coronavirus who could volunteer and be trained to alleviate some of the hospital workplace pressures that are engulfing our country right now,” he said. “Getting Americans to volunteer for public service — that’s the way FDR’s mind would have thought.”

Historian John Barry, who wrote The Great Influenza: The Story of the Deadliest Pandemic in History, pointed to Roosevelt as one with “a proven ability to marshal unprecedented resources and unite the country to confront an emergency and at the same time the flexibility to shift course if something isn’t working.”

Woodrow Wilson, who was president during the Influenza Pandemic of 1918, “had the first two qualities, not the last,” he said. About 675,000 Americans died in the pandemic, which killed 50 million or more worldwide.

Historian Patrick J. Maney, who wrote The Roosevelt Presence: The Life and Legacy of FDR, praised Roosevelt for his empathy. “At Warm Springs, he would get in the water with the other polio victims,” he said. “He was one of them.”

He said Roosevelt respected science and “demonstrated before and during World War II how to build a national, bipartisan coalition to fight a war,” appointing two prominent Republicans to his administration: Henry L. Stimson as secretary of war and Frank Knox as secretary of the Navy.

“Can you imagine appointing to your Cabinet someone who had been the vice-presidential candidate against you in the last election?” he asked. “Roosevelt remained the partisan when necessary, but also realized that you could not wage or win a war without national unity.”

For historian Stephanie Rolph, it’s a tossup between Lincoln and Roosevelt. Their strength “lay in their ability to know what they didn’t know,” she said. “Out of that informed leadership came clear directives, unified objectives, and a commitment to long term success.”

She noted that both received “their fair share of criticism, but when the health, welfare, and stability of the nation was at stake the strength of the federal government was the asset best situated to manage the crisis. They knew that, and they unapologetically leveraged that asset.”

Historian Fergus Bordewich, who has written about presidents throughout U.S. history, said Lincoln, Ulysses S. Grant and Johnson all had good qualities to take on the pandemic, but they also had flaws.

The best for such a crisis? Roosevelt, he said. “When he became president in 1933, the economy was in freefall, poverty was metastasizing, there was no national safety net, and Americans widely feared complete social collapse.”

He won the public’s trust as “perhaps the most politically creative president the country has ever had,” he said. “He turned pragmatism into a political art. He sought out the ablest men and a few women as advisers, listened to them and took their advice, … and was always willing to change course when circumstances demanded it.”

Historian Ibram X. Kendi said he would choose the president “who has a proven track record of overcoming a viral crisis, in the Ebola virus, and an economic crisis, in the Great Recession (of 2008). And that president is Barack Obama.”

Historian Diane McWhorter, author of Carry Me Home: Birmingham, Alabama: The Climactic Battle of the Civil Rights Revolution, believes the president who championed major national initiatives—especially civil rights—would be the best president to tackle the pandemic.

Johnson had real empathy and “wouldn’t have seen the COVID-19 pandemic as a social Darwinist choice between money and life,” she said. “Yet he knew how to tie moral imperatives to economic realism, framing his human rights program as a War on Poverty.”

Historian Jonathan Alter believes Jimmy Carter would have been best to prevent the spread of COVID-19. “He would have ramped up protection against the coronavirus from the first word of its outbreak in Wuhan,” he said.

“He was the first president to take disaster preparedness planning seriously and the first to show any interest in global health issues,” said Alter, whose book, His Very Best: Jimmy Carter, a Life, comes out this fall. “At home, he continued Gerald Ford’s vaccination program against swine flu.”

Historian Joseph Ellis, whose books have centered on America’s founding fathers, said the nation’s first president knew how to battle a pandemic.

He had beaten smallpox, which continued to ravage the world. “George Washington’s most strategic decision was to make sure all recruits to the Continental Army were immune to smallpox,” Ellis said. “He understood smallpox, disease and contagion.”

Among 20th century presidents, Theodore Roosevelt would be best because no task proved too big for the former Rough Rider. “He built the Panama Canal when nobody thought it could be done,” he said. “He is on Mount Rushmore and deserves to be.”

Historian Gary Wills believes Dwight D. Eisenhower, the general who led the successful D-Day invasion and later became president, would have been best at battling the current pandemic.

“He knew how to read intelligence reports, how to respond to the unexpected, and how to delegate to the right specialists,” he said.

Historian H.W. Brands, who has written about presidents from Lincoln to Ronald Reagan, picked a less likely candidate: Herbert Hoover, who has drawn his share of criticism for his handling of the Great Depression.

“Few presidents were smarter than Hoover; none had more respect for science and experts; and none came even close in demonstrating what he could do in response to a public health crisis,” Brands said. “Hoover headed humanitarian relief efforts in Europe during and after World War I, and in doing so helped save millions of lives.

“Hoover was a genius at organizing and motivating people and agencies in the United States and abroad to work together toward a common goal. Precisely what is needed today.”

Historian Anne Applebaum believes if Harry Truman were charge of the White House now, “we’d be in much better shape,” she said. “Truman had the three qualities most needed right now: humility and a willingness to take responsibility — as well an ability to innovate, rapidly, on a grand international scale.”

She said Truman rejected flatterers and listened to the experts, following the advice of the sign on his desk: “The buck stops here.”

The same president who created NATO and the Marshall Plan “would have been able to pull together America’s alliances and reinvent global institutions in order to deal with this crisis,” she said. Truman, who understood the early Soviet threat, would have anticipated COVID-19 early as well, she said, “avoiding the disaster that we find ourselves in right now.”

Thursday’s National Day of Prayer will be ‘virtual,’ but…