What is vitamin D and how does it work in the human body? 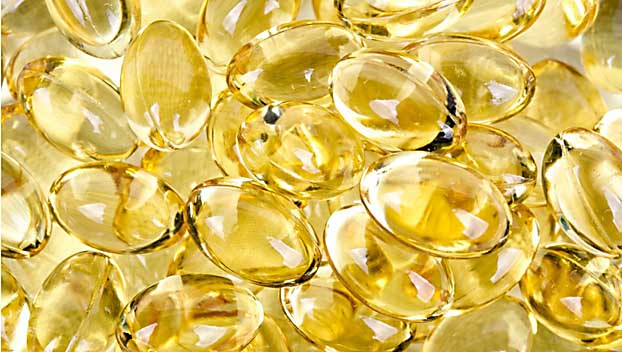 Rickets, a syndrome that softens bones, is caused by a lack of vitamin D.

Although conditions of bony deformities were described in ancient medical writings as early as the first and second and centuries, it wasn’t until the mid-17th century that a clear description of what we now refer to as rickets was first written down.

The disease was a huge problem for centuries. Slowly some medical observers noticed more infants who lived in colder, northern areas seemed to develop the syndrome more often.

Later they noticed infants with darkly pigmented skin were more susceptible than whites.

We now know that what those early medical observers noticed was the relationship of our body producing vitamin D after exposure to the sun.

Today some people still refer to vitamin D as the “sunshine vitamin” since our bodies produce vitamin D in relation to sunlight exposure.

Until the early 20th century the causes of rickets remained a mystery. The connection to vitamin D was made in the 1920s.

By the 1930s public health experts who had begun fortifying milk with vitamin D and promoting the use of cod liver oil as a supplement to prevent rickets in infants and children.

Those efforts, you may recall from elementary school science, mostly eradicated rickets in American children, though it remains a health problem in other parts of the world.

Carrying that school lesson a bit further, you’ll remember that vitamins are organic compounds the body needs at micro levels.

And deficiencies in these compounds can adversely affect human health and in many cases cause human health syndromes.

Natchez, Mississippi, internist Dr. Kenneth Stubbs said vitamin D is different than most vitamins, however, and its name is a bit deceiving.

“Vitamin D, is technically a hormone,” he said. “Vitamin D is made in your body. Most vitamins are needed by your body, but not made in it.”

That difference is, in part, why some researchers believe Vitamin D has far-reaching effects on our body.

Stubbs related the body’s interaction with vitamins by comparing them to a lock and key mechanism.

“The receptors in the body are like the lock and the key would be the vitamin,” he said.

It’s the location of the vitamin D receptors that has scientists interested in whether or not it could be connected to many functions of the human body.

“They’ve found receptors for vitamin D in many tissues in our bodies and they’re just starting to study why those are there. They’re not there for no reason,” he said. “They’ve found these receptors in the skin, brain, blood vessels, heart.

“Furthermore some of these tissues actually have the enzymes that help make Vitamin D within them,” Stubbs said. “We’ve got to figure out, ‘What’s that doing there?’

“It’s clearly got far reaching effects beyond the bone that scientists are trying to find out about.”